He played alongside Gerrard, did the dance with Daniel Sturridge and beat his teammates in ​a dog training contest. He had a Scouse son, he scored a piledriver against Spurs and treated the concept of positioning with a heart-stopping, carefree abandon.

He arrived as a European winner at runners-up Liverpool in 2014 and leaves five years later with both those things still true. However, the Alberto Moreno years have straddled two markedly different eras of ​Liverpool Football Club history.

He leaves as the last man standing from the Reds 'banter era'. His first month set the tone perfectly for what was to come for Moreno. As a £12m signing from Europa League winners Sevilla, his transfer carried an air of excitement and anticipation.

That bonfire was doused with urine approx 40 minutes into his debut as the young left back took a big old swing and a miss at a loose ball in his own 18-yard box to allow Stevan Jovetic to steal in and score.

Bafflingly, in the next game, Moreno then ran almost the entire length of the field to bang in a wonderstrike against Tottenham in a 3-0 win. As a side note, a back four of Javier Manquillo, Dejan Lovren, Mamadou Sakho and Moreno kept a clean sheet that August day. Take a moment to drink that in.

​That was Liverpool back then, and that was Moreno. Wildly unpredictable. F**k-me good one minute, f**k-you bad the next. His chaotic style was in a bizarre way a reassuring representation of Liverpool in one 5ft 7in Andalusian microcosm. 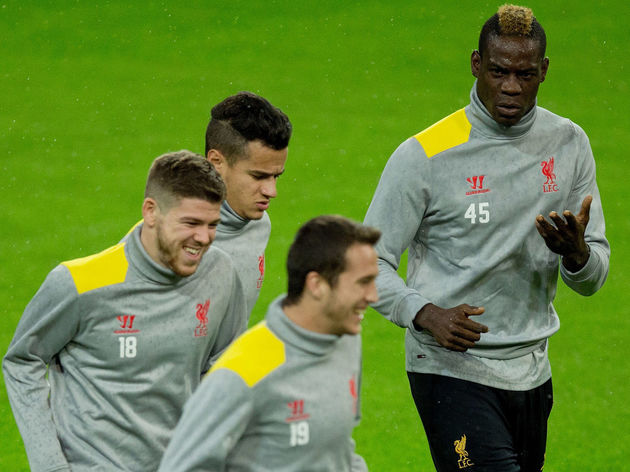 While his performances blew hot and cold (with the mean temperature somewhere similar just above 0c) the mid-game daydreaming and lack of positional sense never wavered.

Moreno was never a bad player technically. He just never seemed that interested in making himself a better one on the frustratingly fixable aspects of his game.

In those Twitter memes of how far Liverpool have come in recent years, which show an unflattering team photo from seasons past, Moreno is nearly always there, grinning cheekily alongside Kevin Stewart or some other roaster, his eyes peering into your soul with a look that says "I'm going to switch off for at least two goals today and there's nothing you can do about it".

Jurgen Klopp came in and Moreno, of course, didn't adapt. Joe Gomez, James Milner and Andy Robertson all usurped him at one point or another as the meaner, leaner Reds gegenpressed their way onwards and upwards. Robertson's lung-busting sprints, regular as clockwork assists and aggy battles with world superstars on his wing seemed almost like a personal affront to Moreno. How was anyone supposed to do that much work? After the defeat to Sevilla in the Europa League final, in which Moreno was generously at fault for only one goal in the 3-1 loss, it was clear that something had to give.

Liverpool had outgrown him. The club was Andy from Toy Story ready to go off to college, while Moreno tried to avoid getting stuffed into the attic alongside a barely used Adam Bogdan.

Even though he stayed in the attic for practically two seasons, Moreno still made 141 appearances for Liverpool in five years. 90 in the Premier League.

His departure will bring a sense of nostalgia for Liverpool fans. A wistful, my-how-things-have-changed, what-were-we-like sense of reflection on the last few years.

Yet at 26, he is a (relatively) attractive prospect for someone. I mean, why couldn't he do a job at Barcelona marauding down the wing for 10 games a season as a sort of pound-shop Jordi Alba?

Wherever he goes, I wish him all the best because he seems a genuinely nice man who gave five years of his life to play for my football team and really took the club and city to his heart.

Still, you are never going to get 97 Premier League points with Alby Moreno storming about like a puppy chasing squirrels.

From a purely footballing perspective, I'm really glad it's over.