The race for Europe's hottest wonderkid continues, with the latest rumours giving European champions Liverpool a possible advantage in the pursuit for Matthijs de Ligt.

The 19-year-old Ajax captain is expected to move this summer after an exceptional season in the Eredivisie and Champions League, with it initially presumed that he would join teammate Frenkie de Jong, who has already completed his transfer to Barcelona this summer.

However, talks with those at Camp Nou have laboured as the young star's agent (the infamous Mino Raiola) haggles for the best financial package. 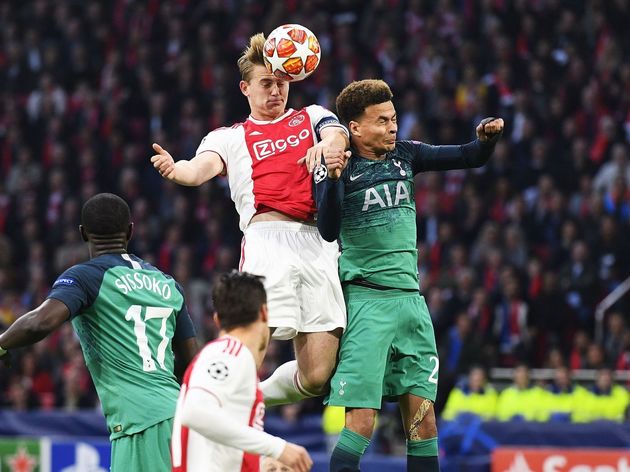 While the links to United and Juventus have been talked up in recent weeks, SPORT now claims that, at least as far as Raiola is concerned, PSG and Liverpool

Raiola apparently prefers PSG and Liverpool as they are most likely to 'meet his requirements' - despite the elephant in the room of FFP for the Ligue 1 champions and persistent rumours that the ​Reds aren't interested in big spending this summer.

The report names Liverpool as ahead of PSG in the queue due to the player's international relationship with Virgil van Dijk, while it is probably worth noting (from Raiola's perspective) that ​Liverpool topped the table for most fees paid to agents last year. De Ligt, who is expected to eventually move for a fee north of £60m, recently spoke to the Dutch television channel RTL4 about his future, as quoted by SPORT.

"Life abroad could be difficult, but I am still an ordinary Dutch guy -- I am no different to the others. Perhaps living abroad will be more intense for me."