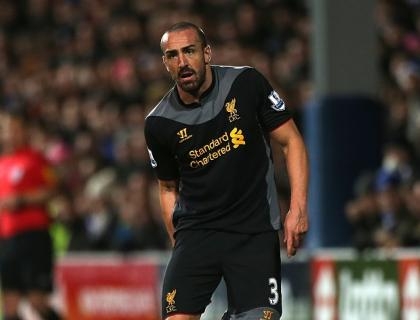 The Spaniard was injured in the victory at QPR on Sunday and, after being assessed by the club's medical staff, it seems unlikely he will feature again until late February.

"He will probably be out for up to six weeks with his hamstring," said Rodgers.

"It's a shame because in the game he felt nothing. Sometimes you can enter games and be tight and stiff but he felt great.

"It was unfortunate he has done that because he has looked fantastic in the (recent) games."