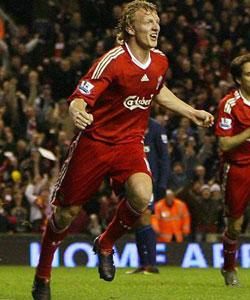 "We can be happy about what we have achieved in reaching Wembley, but we have to put that aside because there's another massive game coming up on Saturday against Manchester United and it would be great to knock them out as well," said the Dutchman.

"I think we are used to playing every three days from when we were playing in Europe in the Champions League. We were playing big games every two days and that's what Liverpool Football Club should be about.

"It's great to have two great games in a week and, like I said, we are all focusing already on the next game and we're desperate to win it.