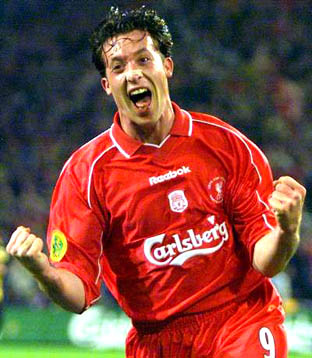 Around 30 players and six coaches from around the world will be auctioned off in the eastern Indian city of Kolkata for the league, to be staged between 25 February and 8 April.

"We have signed seven icon players for the auction and each of the six teams will have one such player with a $600,000 salary cap," said Bhaswar Goswami, the executive director of Celebrity Management Group.

Other signed-up players – all at the end of their careers – include the Portuguese midfielder Maniche, the former Argentina international Juan Pablo Sorín, the ex-Liverpool striker Robbie Fowler, the former Spain striker Fernando Morientes and the Argentinian Hernán Crespo.

CMG has signed a 30-year deal with the Indian Football Association for the league and has floated tenders for franchises, Goswami said.

"We have started with six teams this year, all in the state of West Bengal but have already been approached to expand the league to other parts of the country.

"Every team will have $2.5m (£1.63m) to spend in the first year. They will have a maximum of four foreigners and a compulsory six under-21 Indian players in their squad."

Cricket's IPL dazzled fans with its exciting Twenty20 format, player auctions, post-game parties and heavy advertising and now football – which has failed to produce top-class Indian players – is poised for a similar makeover.

"The league is modelled on Major League Soccer and of course IPL," Goswami added.

"We saw the hype and buzz around the players' auction in IPL and feel it can be an equal success. It's a brilliant concept. We expect owners to make profit much earlier than the IPL franchises.

"We are also in the process of finalising television rights for live broadcast across south-east Asia."

Goswami was bullish about the league's future and said it would change the face of Indian football. "I think we made the right start by launching it in West Bengal. It's a soccer-crazy state where 100,000 people throng to watch the local derby between East Bengal and Mohun Bagan.

"It will be a massive boost for local players to share the dressing room and field with some of the players they grew up idolising."

A cricket-dominated India ranks a dismal 162 in Fifa's rankings despite its huge population but 60 million Indians tuned in to the English Premier League's 2009-10 season.

Pires, who was last summer released by Aston Villa, said he was excited by a new challenge. "Since I had nothing in Europe, why not try something completely unknown? I've never been over there," Pires told L'Equipe.

"I am proud to be the first Frenchman to go and play there. And eight weeks is nothing."