A Game of Wasted Chances 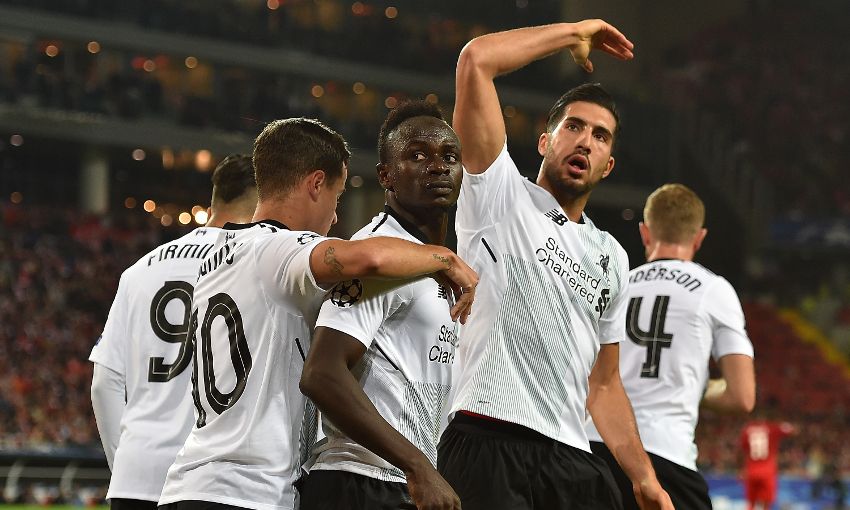 The pregame punditry was spot on. This Spartak team are bang average, slow and unimaginative with an undisciplined shape. Miraculously Liverpool produced a draw against one of the flattest teams they will face. Chance after chance was missed, blazed over, poorly controlled or hit straight at the keeper. It seems ridiculous to suggest Liverpool need a striker, but surely someone needs to learn to finish?

This game should have been a rugby score, or the very least won by a two or three goal margin. Daniel Sturridge exists in this squad based on his ability to finish. Over and above everything else, he should be finishing the difficult chances, not to mention the kind of folly that presented itself during the second half against Spartak. Almost like the concentration bug has infected him, he mis controlled, fired over and just looked utterly poor as a striker.

Roberto Firmino was uncharacteristically anonymous, maybe fatigue, maybe a product of shape, he struggled to make any mark on the game. Intercepting a defender before shooting over the top the bar, was probably his brightest moment of the game. He is a form player, and his seems to be dipping right now, does Jurgen rest him over the weekend? It would be a tough call to make, but against Spartak Roberto couldn’t deliver a finish with a free header, firing it straight at the keeper.

Liverpool just weren’t clinical enough,  this isn’t about low blocks or fantastic goal keeping. This isn’t even about some work class time wasting, this is about taking chances. Phil and Mane produced an excellent bit of movement for Liverpool’s equalizer, the only piece of definitive finishing Liverpool were able to produce, this after Fernando’s free kick was badly managed by Karius giving Spartak an undeserved lead.

Another two points spurned and more pressure is placed on beating Maribor and getting something vs Spartak at Anfield. This has opened the door for Sevilla to top group E, and Liverpool to meet a top tier team in the round of sixteen, IF they manage to qualify. Make no mistake, failing to qualify from this group based on the pedigree shown tonight would be a significant shot across the bow. Liverpool have another twelve points to play for, with nine of those considered favorable ties, they need to come to terms with winning ugly again and ensure qualification.

Watching this Liverpool team is turning September into a headache. The team look like they are unable to produce the real deal unless they sense some kind of blockbuster result, not simply three points. The goals always need to be silky pieces of football or they don’t get scored, tonight Liverpool were reminiscent of Arsenal teams of the last ten years. Sumptuous football, but unable to make it count. Like going for dinner at a Michelin star restaurant to smell the dishes but never actually eat anything. Liverpool need to cut the romance and put the ball into the back of the net.

The pregame press conference was farcical, Klopp losing interest after being asked if he loves any of his players like Pochettino loves Kane. Its almost ironic that Kane produced a perfect hat trick over in Cyprus, whilst Jurgen’s forwards went about perfectly dismantling every chance they created, no matter how clear cut. Nobody is able to coach players on winning games, you can assemble a team and provide them with the tools and tactics to win, but when the tyre hits the road it is down to the players to get a result. In the end, Jurgen is right — the team produces chances, it is down to the players to make them count.