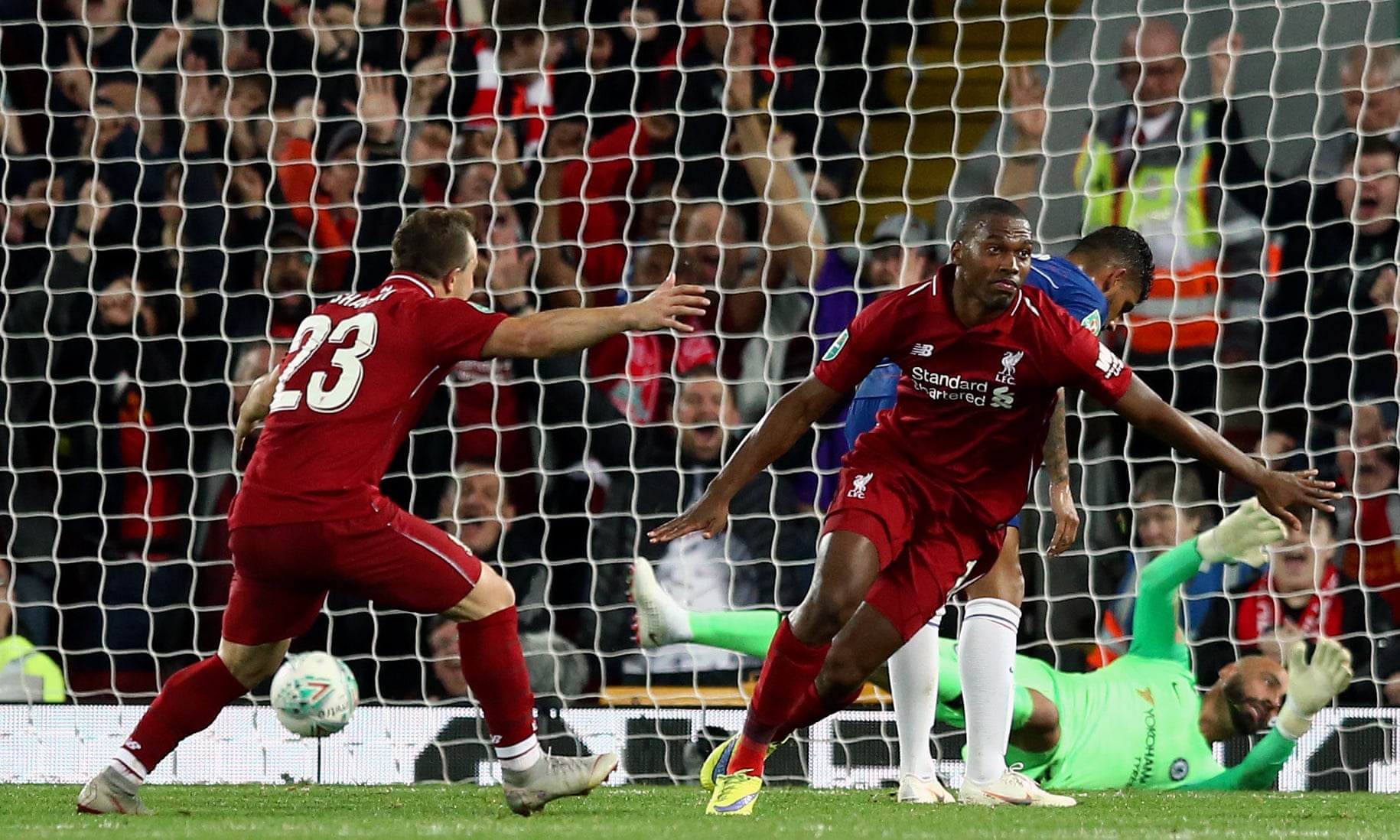 Liverpool take on Chelsea tomorrow at 5:30pm at Stamford Bridge.

Last time out for Liverpool and Chelsea

Liverpool hosted Chelsea on Wednesday night at Anfield in a Carabao Cup tie that had goals written all over it before a ball was kicked.

Jurgen Klopp named a much-changed side for the match that saw Simon Mignolet return to goal and Fabinho make his first competitive start of the season. In a tight affair in which Liverpool grew into the match, Daniel Sturridge missed an open goal before making amends in the second half with a brilliant acrobatic effort to score against his old club. However, late goals from Emerson and a stunning winner from Eden Hazard sent Liverpool crashing out of the league cup.

Liverpool’s last Premier League match was more positive, as the Reds comfortably beat Southampton 3-0 at Anfield to claim all three points and go two clear at the top of the table. An own goal created by Xherdan Shaqiri sent Klopp’s men on their way before Joel Matip headed home the second. Mohamed Salah tapped in from Shaqiri’s excellent free kick to make it three and kill off the game.

Despite their league cup exit, Liverpool remain unbeaten in the Premier League and Champions League so far this season.

Liverpool may be without Virgil van Dijk, who is still recovering from a rib injury picked up in the win agaist Southampton, as well as Adam Lallana, Divock Origi and Alex Oxlade-Chamberlain.

Chelsea will likely not have Christensen (stomach), Loftus-Cheek (foot), Pedro (shoulder) and Rüdiger (thigh) at their disposal for the match.

Salah’s on-going return to form could be coming at just the right time. The Egyptian broke all kinds of records with his goalscoring prowess last season and will want to put in another good shift against his old club. This could also be a huge game for goalkeeper Alisson, especially if his primary defensive shield, van Dijk, isn’t in front of him.

Eden Hazard remains Chelsea’s best player. His goal against Liverpool was (unfortunately) a thing of beauty – he has the ability to turn a game on its head in the blink of an eye. Liverpool will have to marshal him closely throughout the match.

If Van Dijk is indeed out, Klopp will have to make a very important decision regarding his centre-backs, with his three remaining players all returned from injury. I would imagine, though, that Joe Gomez and Joel Matip would get the nod over Lovren, who is only just back playing again.

Alisson will return to goal and the Andy Robertson/Trent Alexander-Arnold fullback double-act should start again. After James Milner’s slightly weary performance in the Carabao Cup, I think the midfield three will be captain Jordan Henderson, Gini Wijnaldum and Naby Keita, who had a good game on Wednesday night.

The front three will be Salah, Roberto Firmino and Sadio Mane, bar something strange happening. Shaqiri has been solid and certainly played himself into contention, so he’ll at the very least come off the bench at some point.