How should Liverpool approach the transfer window this summer? 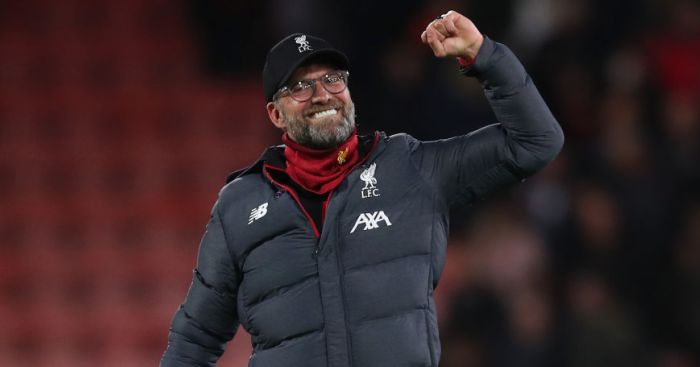 The season is drawing to a close, and it is very nearly time for us to see the Hendo shuffle (knee injury aside), but soon the attention of Jurgen Klopp, Michael Edwards, and Reds fans will turn to the transfer market. Now, I have seen a lot of people on social media calling out FSG for their lack of spending of late. For me, this is unjustified and, given their track record with Jurgen in charge, I would say they have earned the benefit of the doubt. When FSG arrived, they quite literally saved the club from going under, something that can never be overlooked, or understated. Without them, we wouldn’t be here right now as Premier League Champions.

Chelsea have been the only real movers so far in the transfer window, securing the signings of Hakim Ziyech, and Timo Werner, the one many of our fans see as ‘the one who got away’. Now, those two signings immediately improve Chelsea, that goes without saying, but it does not strengthen them where they need it, which is defence, and crucially, in goal. The questions right now being asked of Liverpool, are how do you improve a team that has lost 3 games in 2 seasons, won the league in a record amount of games, and didn’t make any key signings last summer. It is going to be very difficult to improve the starting line up. Would spending £50m on Timo Werner, paying him £200k+ a week to not start every week, really be that sensible of a move? In my opinion, no. He is going to want to be playing week in, week out, something we would not have been able to offer.

I feel like some signings this summer are inevitable. Adam Lallana is leaving, there are question marks over the futures of Dejan Lovren, Xherdan Shaqiri, and Gini to name a few, and let’s face it, we need a replacement for Adrian. Thiago would be an exceptional signing in my book, a ready-made, world-class midfielder who will offer a dose of flair and elegance it could be argued we currently lack. Whether that signing is made remains to be seen. The Adrian situation isn’t quite as straight forward. He came in and did an adequate job while Alisson was injured, but the weaknesses in his game, that meant he couldn’t get into the West Ham team, reared their ugly heads in the games against Chelsea and Atletico. The problem is finding a goalkeeper good enough to potentially realistically challenge Alisson while playing second fiddle to him is going to be near impossible to find.

There are a few ways, in my eyes, this window can go. FSG can implement their way we have become accustomed to, buy young with high sell on value. They could break the mould in one of two ways. They could go out there, and spend a ton of money on well-established, world-class players and risk upsetting key members of the squad that has won us 4 major trophies, including the ‘holy grail’. While we would all love them to go out and spend millions upon millions on someone like Kylian Mbappe, it’s just not feasible, nor would it be fair on the current crop. Now, arguably the most realistic method of operating this transfer window, and the one that will likely annoy the majority on Twitter, is looking at free transfers. Now, admittedly, we wouldn’t be looking for long-term fixes here, just players to plug some of the gaps from the possible losses. Say for instance Shaqiri leaves, would bringing Willian in for free for two seasons be a bad move, even at 31? Not at all. He has played regularly in the league now for 7 years, winning multiple trophies along the way. Again, could someone like Edinson Cavani come in, and do a good job if Origi leaves? Again, despite his advancing age, his track record speaks for itself.

Either way you approach this, some section of our fans are going to be unhappy. For me, if Jurgen is happy with whatever signings we make, then I will be too. He wouldn’t just sit back and accept something if he wasn’t 100% on board with it. At the end of the day, if a player has been earmarked by Jurgen and Michael Edwards is negotiating, then that player will be a Liverpool player. There is a reason they’re the experts, and we’re the fans, after all.