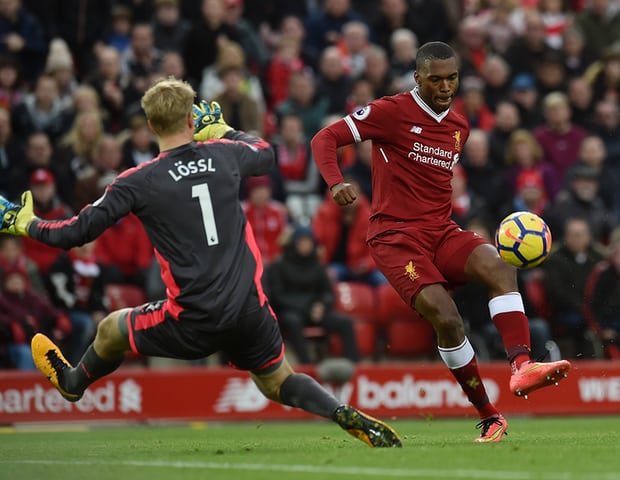 Liverpool take on Huddersfield this Saturday at 5:30pm at the John Smith Stadium.

Liverpool hosted champions Manchester City at Anfield in what was billed as an early title-influencing clash between two attacking sides. However, it turned out to be a tense, defensive affair with a late penalty miss from Riyad Mahrez ensuring that the game finished 0-0.

Liverpool remain unbeaten in the Premier League, but are now without a win in four games.

Last time out for Huddersfield

Huddersfield are still yet to register a win this season, and currently sit third from bottom.

David Wagner’s team rescued a point for themselves against Burnley just before the international break when Christopher Schindler cancelled out Sam Vokes' goal. The Terriers have struggled so far this campaign and will not relish the visit of Jurgen Klopp’s Liverpool, no matter who is (or isn’t actually) injured.

The international break has been costly for Liverpool, with Sadio Mane breaking his thumb in training and Naby Keita injuring his hamstring – both will likely be ruled out for tomorrow’s fixture.

Virgil van Dijk, Mohamed Salah and James Milner all appear to have recovered in time despite only just coming back from their own various injuries, though Klopp may choose to rest some or all of them if he can. Fortunately, Adam Lallana is fit again for selection for the first time in weeks, which may prove pivotal tomorrow. Alex Oxlade-Chamberlain (knee) remains the only long-term absentee.

Huddersfield will be without Terence Kongolo, who is out until November with a thigh injury, as well as Philip Billing, but Ramadan Sobhi should be available for selection again. Late decisions will be made on Aaron Moy (groin), Danny Williams (knee) and Tom Smith (hip). Christopher Schindler could be fit to play after suffering a head injury.

With Liverpool’s attack still not quite firing on all cylinders, a key man may come to the fore from midfield. I think Gini Wijnaldum has been a bit of an unsung hero so far this season, and he continued his fine form into the international break with a well-taken goal against Germany. I’d expect him to start and provide substantial influence from the middle of the park. I also wouldn’t be at all surprised if Xherdan Shaqiri starts and has a big impact, as he did against Southampton.

Huddersfield haven’t been prolific in front of goal this season, so their key man is likely to be their goalkeeper Jonas Lössl – should he be on form, he may have a huge impact on the result from between the sticks, though the challenge will be immense.

Klopp has a selection headache of a different sort this week with several key players injured or just recovering from injury.

The defence will largely pick itself. Alisson has been solid in goal all season, and his influence seems to be growing with each passing week. Andy Robertson and Trent Alexander-Arnold didn’t have the best game against City before the break, but I’d expect them both to return to form soon. Joe Gomez continues to shine for Liverpool and England, and I’d expect him to partner van Dijk, assuming the Dutchman remains fit for tomorrow.

With Naby Keita out and James Milner just returning from a hamstring injury, I believe Klopp might tinker with the midfield against Huddersfield. My prediction is that Fabinho will be handed a start in the defensive-midfield role, with Jordan Henderson and Wijnaldum ahead of him. Milner would be available from the bench.

Up front, I’m predicting an attacking trio of Roberto Firmino, Salah and Shaqiri, with Lallana and Daniel Sturridge options off the bench to change things up in the second half. I’m not super confident on that one, but I’ll throw it out there anyway.