Jurgen has a Boss night 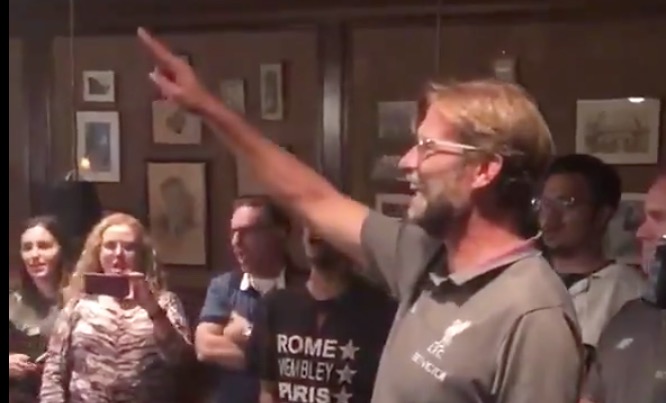 Boss Night had arranged a party in the team hotel at Ann Arbor, with Jamie Webster playing the classic 'Allez Allez Allez anthem when the boss himself walked in to surprise everyone and join in with the singing.

"It was being sung in Portugal on the concourse and we didn't know how far it was going to go or what happened," explained Jamie.

"Me and my friends said to each other: that song will spur us on in Europe this season, that song could be the new Ring Of Fire. That song did so many things for us.

"So I went home, and I put it on the guitar, give it a bit of life and has been the song of last season, hasn't it?

"Jurgen, thanks very much, we owe you a lot."

Saturday's game kicks off at 10pm in the UK and can be watched live on LFCTV.