Liverpool FC - The Good, The Bad and The Ugly 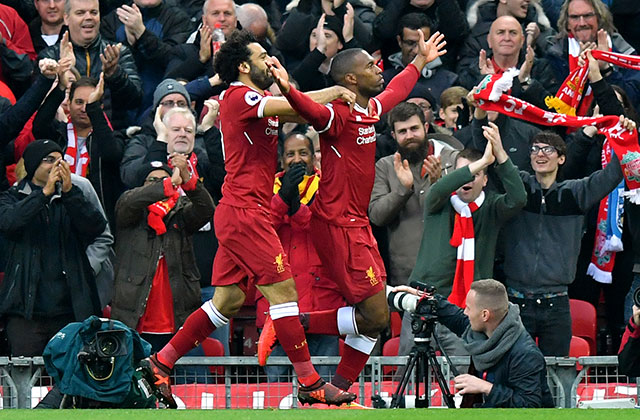 A win and clean sheet, after getting severely beat. The under-performer retains the manager's support, when really he should be shown la porte. The Good, the Bad and the Ugly, another week reviewed at the world's favourite football club - Liverpool FC.

At last a decent Premiership win, performance and a clean sheet. Liverpool swept aside Huddersfield Town in a one-sided affair at Anfield yesterday. Goals from Daniel Sturridge, Roberto Firmino and Georginio Wijnaldum sealed all three points for the Reds. Much has been made of a first half that ended in a 0-0 stalemate.

In fairness, Liverpool were up against the type of team they're always criticised for struggling against. That said, Sturridge and Joel Matip both went close. Not to mention the missed penalty from Mohamed Salah. These three things all mean the hosts had chances so "flat" I find a little harsh. And as for "Horribly...", come on James! Unlucky perhaps. Even frustrating, against a team looking for one chance in the whole game - would have been more apt.

The team turned it round in the second period. Sturridge continues to show why Jürgen Klopp and Liverpool would be barking mad to sell him. Especially given the apparent (lack of) scouting ability at the club. Sell Philippe Coutinho by all means. Fact is, there are way more likely replacements to be found in the Brazilian's position that of the England international's. And thus far this season (touch a huge chunk of oak), he's had luck with... well... you know what! The so-called little magician brings us onto the negative for this week.

The club have finally come to the conclusion that it makes financial, moral and common sense to sell Coutinho at the next opportunity. Or, should I replace the "club" with "manager"? Naturally as any club with ambition would - or at least claim - this potential £130m windfall will be made available to Klopp, to strengthen the squad. By which I really mean; the defence.

My only hope is that Liverpool don’t miss the boat as they have previously on so many occasions. Coutinho is a class player, make no mistake. However in my opinion, in handing in a transfer request, he is ultimately stating that he no longer wants to play for the club. Thus, get shot and bring someone in that does. Very simple solution. The problem is whether the powers that be are brave enough to choose it or just Klopp in fairness. I’m certain John W. Henry had his mouth open ready to bite Barcelona’s hand off, but for the manager’s insistence.

Still it is what it is. My hope is that the the funds will be used to land Virgil van Dijk or A. N. Other capable of filling the void - or put simply, gap - left by selling Dejan Lovren. This would be proof enough that there is a God.

Ex-Manyoo ‘keeper Peter Schmeichel was very vocal about it this week. Claiming the Croatian had been “thrown under the bus” in being withdrawn from the game after 30 minutes last week.

Fact is, he was poor. As much so as he’s ever been for Liverpool and his taking to Twitter to remove LFC from his profile. Shouldn’t be seen as anything other than welcome. This is by far not the first comical performance from the number 6 and dare I say it, it likely won’t be the last.

Whilst I support Klopp’s comments I have very little sympathy as it is down to the manager that the player still wears the red shirt. There shouldn’t even have been a chance for him to be “withdrawn” at the last minute yesterday. He should have already been dropped. Point. Next...

A late change for #LFC: Dejan Lovren is replaced by Ragnar Klavan due to injury.

Ben Woodburn takes a place on the bench.

I’m hoping that privately, Lovren’s actions and attitude will see him leave the club sooner rather than later. Let’s face it, other players have been ostracised for similar behavior - despite immeasurably better performances on the pitch (Mamadou Sakho).

We move on. Let’s see how this shakes out. Ahead of us this week we have the visit of Champions League Group E whipping boys Maribor to Anfield. I’m not expecting another 7-0 goal fest. A plain win and another clean sheet will be sufficient for me.