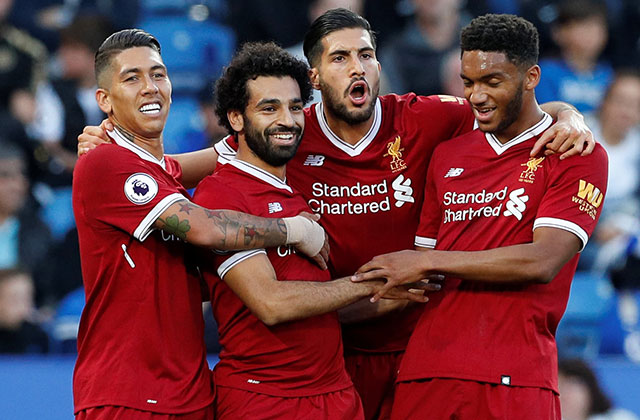 The last gameweek review of 2017, and what a remarkable year it's been. What better way to see who flopped and who starred, than a review of the team's report card. A look back over the year at the world's favourite football club, Liverpool FC.

Without further ado, let's take the Headmaster's view of how the team performed over the calendar year. Who left their boots at home? Who was looking forward to the post-match beer more than the in-game effort? Who slacked in practice games, and who is destined for fame. From the back of the team to front - first teamers only.

A mixed year for Simon. He has contributed fairly well in class. His periodic lack of concentration and poor judgement has let him and the team down at times. Reacted well to being excluded from class. Grade: C+

Loris joined us from the Mainz 05 high school in Germany. He came with lots of promise. However, some of his work has not lived up to the expectation.  Attending to his hair rather than paying attention in class means he has not handed in good enough work. Grade: C

What can I say? Dejan is a likable lad but at the same time incredibly inconsistent. Is often caught day-dreaming in class or chatting with himself. Can show frustration after he makes a mistake, which sadly, is quite often. Grade: D+

Another lad who arrived from Germany as somewhat of an unknown. Has performed very well and is now a trusted member of the class. His tutor Mr. Klopp speaks very highly of him. Is often absent though, through illness. Needs to improve his attendance if his potential is to be realised. Grade: B

An older member of the class, Ragnar has begun to show some glimpses of his undoubted potential. Often dismissed as a "donkey" by other members of the school, the Estonian is showing good consistency in the autumn of his studies. Grade: C+

Joseph has joined us from a London school and continues to make excellent progress. He has demonstrated a willingness to take on differing tasks and in so doing is becoming popular in the class. His obsession with looking like "Wolverine" can be ignored. Grade: B

A huge improvement this year as opposed to last. Shows greater levels of concentration and is no longer found sitting in the wrong seat in class. At least not so often anyway. Well done Alberto. Grade: B-

Illness has blighted the lad's development, despite a spell in a lesser class to catch up. Opportunities to shine have been few and far between and some time has passed since he handed in a decent piece of work. Has not taken well to being called "Sicknote" by his peers. Grade: C-

local lad Trent has been a joy to watch this year. Has shown craft, skill and maturity beyond his years. One of the few from the nursery, primary and juniors schools to not only reach but also excel in the seniors. Keep up the good work Trent. Often referred to as Trent-D'Arby for some reason. Grade: A

Andrew has impressed when given the chance. Often overlooked by his tutor, he has become a popular figure among his classmates and the rest of the school. Can be forgiven for feeling misunderstood. This is likely due to his strong Glaswegian accent. Grade: B-

James has performed very well this term. Due to his age, has has been used sparingly and not handed in as much work as the others. However his experience and endeavour has been a great asset to the class. Dislikes being called "Millie" by his tutor as he feels this is a bit "namby-pamby". Probably right. Grade: B

Has settled in well since arriving from the north. Has adapted well to the change in level as well as the Scouse language. Needs to show more consistency if he is to become the player we all know he can be. Overall a steady year for Gini. Grade: B

Another excellent year from the little Brazilian. Has improved year-on-year since he arrived from Italy. Was refused a move to his favored Spain earlier in the year but has refused to sulk. Probably because he'll likely move anyway next year. Grade: A-

What a fantastic start from the new boy. He's been nothing short of sensational since his arrival in the summer. Wearing his beard like his idol the late Teddy Pendergrass has done nothing to diminish his influence or appeal. Well done Mo! Grade: A+

Head Boy Jordan has endured somewhat of a mixed year. He has handed in some good work along with a couple of shocking efforts. Criticism in the class and wider school has been warranted. Needs to improve if he wishes to retain the badge. Grade: C+

Has struggled to cement his place in the class, despite arriving with high expectation. Injury and a general struggle with the curriculum has left Marco warming the bench... on a good day. Grade: D+

Sickness has disrupted the excellent progress made since his arrival from the feeder school on the south coast. A hard-working member of the class, his work is often of excellent quality. Easing back in gradually whilst maintaining that 1970's athlete look. Great work, Adam! Grade: B+

Has settled in well since his move from a rival school in London. Still hasn't found his best seat in the class but has improved greatly after a shaky start. His cheeky, gap-toothed grin has endeared him to his classmates. Grade: C+

A very capable class member, despite his sulky demeanor. Has lost some credibility with his peers since deciding not to remain with the class next year. The German also refuses to translate for his parents at open evenings. Very frustrating. Grade: B-

The Brazilian continues to hand in work of the highest quality in both practical and technical terms. His whitened teeth have proved a valuable distraction in confusing other schools we have come up against. Smart work Bobby. Grade: A+

Sadio is proving to be a huge hit with the class and school. His hard work has led to some excellent pieces which display creativity in abundance. He also deserves credit for his rather daring hairdo. Beige stripe and parting? Good lad. Grade: A

The young Londoner has impressed since his move from a leading school in the capital in the middle of the year. He has handed in some very good work since. Rather tall, as his name suggests, he remains a little "raw" currently but looks likely to improve. Grade: B-

On the first day of the New Year, a new pupil by the name of Virgil van Dijk will also arrive from the trusted feeder club on the south coast. His undoubted ability will contribute greatly to the entire class and should improve their overall ranking in the Premier League of Schools.