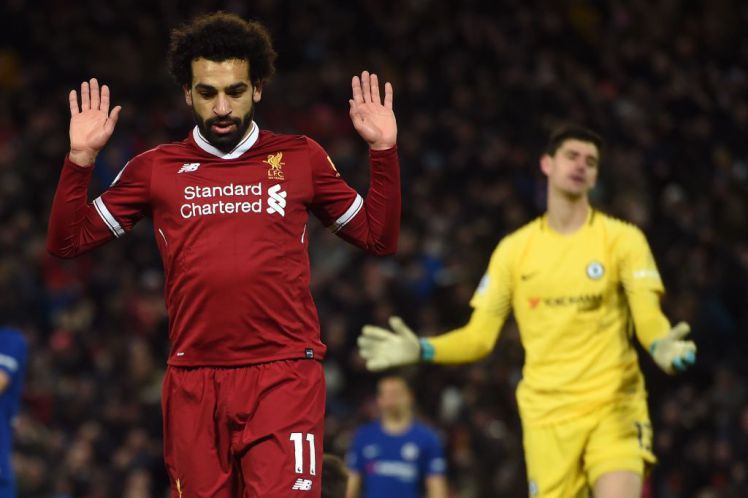 Snatching a draw in the face of a win is, in footballing terms, a cardinal sin. Frustration reigns as the same is repeated, two times points lost leave fans quite heated. The Good, The Bad and The Ugly. Another week in review at the world's favourite football club Liverpool FC.

I'm not sure if there is one. However, like that old footballing cliche, we have to "take the positives" from the week's fortunes. Principally, at least Liverpool haven't lost. The chance to qualify handsomely from Champions League group E has passed them by, but that said, it's not all doom and gloom.

Avoiding defeat against Spartak Moscow on 6th December should be enough to see the Reds through. Stress "should". This is after all, Liverpool about whom we speak and stranger things have not only happened at sea, there's also been plenty at an LFC fixture!

Yesterday's draw with Chelsea is another one to "take positives" from. In a first half that saw Liverpool under the proverbial "kosh" for a majority of it, the defence held firm. A combination of good goalkeeping from Simon Mignolet, stout defending following the return to the side of Joel Matip and poor finishing from Chelsea kept the scoreline goalless at half time.

The second half saw a more combative Liverpool. The Reds took the lead on 65 minutes with a well worked combination finished off neatly by the man of the moment, Mo Salah. Sadly, Vinolin Naidoo's prediction on The LFC File's match preview came true when Willian's cross, come Lord knows what, caught Mignolet off guard to sail into the net.

Again, Jürgen Klopp's men were undone by a combination of misfortune and in the case of Sevilla, poor defending. On the bright side, on each occasion, one point is better than no points - as is a draw versus a loss.

Despite the rinsing out any positive from the last week - which is difficult even for the most ardent optimist - it's extremely hard to overlook the recurring theme here. Klopp refused to bolster his defence over the summer, so STILL, the problems remain. Even if Liverpool do sign Virgil van Dijk in January as claimed in the Express on Friday, it's likely to be too little too late - at least in terms of challenging for the title which was certainly the target for this season.

The Sevilla match this week certainly counts as bad. For those who saw it, Liverpool being 0-3 up at half time was a certain surprise in my opinion. Loris Karius pulled off a decent save. Wissam Ben Yedder came agonisingly close after being let in by Alberto Moreno who decided he'd be a central midfielder for a while.

Liverpool's capitulation in the second half was just typical of this team. Defend. Just defend. This is all they needed to do. Instead,  concede a free-kick, 1-3. Concede a penalty, 2-3 and finally, the usual poor defending from a corner allows the hosts to pull level, 3-3. Absolutely shocking stuff! Only the electric chair is more so than this team's defensive ability. The team need to improve vastly if anything is to be achieved this season.

The team selection yesterday. How? Klopp saw fit to leave Roberto Firmino, Sadio Mané and fit again Adam Lallana on the bench yesterday. A telling factor in the result? Quite possibly. You're playing a contender, one of your main rivals. So leave your best players on the bench. Why? In preparation for Stoke during the week? Have I missed something here?

It's easy for the likes of us to criticise. However, I could not imagine anyone foreseeing that choice.  Leaving Lallana on the bench in favour of Alex Oxlade-Chamberlain? What possible benefit could there be in that? I don't believe you need to be a top-flight manager to see what's wrong here. Some things are just plain common sense. It comes as no surprise to see words exchanged between the manager and Mané.

Jurgen is great but today we really have to question his team selection , game management timing of subs and the Subs decisions. our subs were on the bench all game, can’t blame Ref. #LIVCHE #LIV

Fact is, start with the strongest team possible. If they're fit and available, they should be in the team. Period. The same stupid decisions are the ones that have failed to see the time address problem areas in the team. Here we are yet again looking with hindsight, where foresight would have shown us exactly the same.

Frustrated, yes. Disappointed, certainly. It's becoming the same old same old. We move on. A trip to Stoke in midweek where I hope dearly, the manager's choices will be vindicated, notwithstanding the fact that the time for vindication was yesterday afternoon.