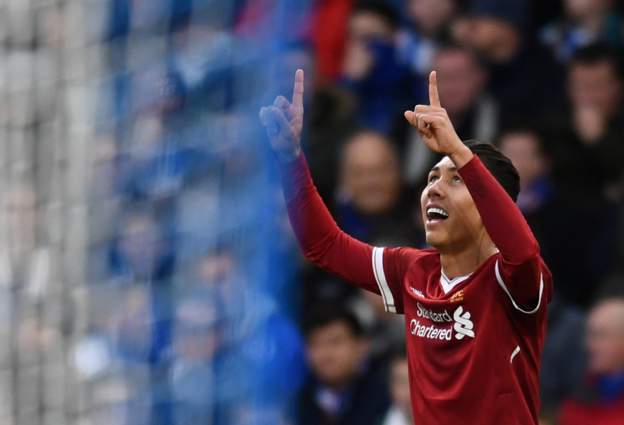 Six points and goals galore, so much better than the week before. The manager says there's much hard work to do, and despite the wins this is oh so true. The Good, The Bad and The None Too Shabby, another week reviewed at the world's favourite football club Liverpool FC.

The performances over the last week. Six points and very nearly two clean sheets. Liverpool were victorious at the Britannia Stadium, the scene of a crushing 6-1 defeat in the last day of the 2014/15 season. Since then the Reds have not lost at the venue in three subsequent visits before Wednesday's game.

Not only was it nice to see goals from Sadio Mané and a Mohamed Salah brace seal the win, but to keep a clean sheet was also pleasing in the kind of match that Liverpool have often struggled in, in recent years. The visitors restricted their hosts to only one shot on target during the entire 90 minutes.

In addition, Saturday's 1-5 whooping of Premiership debutants Brighton & Hove Albion only served to underline the current rich vein of form the team is enjoying. Goals from Emre Can, Philippe Coutinho and a brace for Roberto Firmino - in addition to Lewis Dunk's own goal disguised the fact that Liverpool had a makeshift three-man central defence for the game.

Can, Dejan Lovren and Giorgino Wijnaldum formed a rare three-at-the-back formation due to the absence of Joel Matip through injury and Joe Gomez and Ragnar Klavan (both ill). The goal conceded by Liverpool probably flattered the opposition if the truth be told. The penalty awarded to Brighton on 51 minutes was extremely dubious to say the least. Still, given it was and the Seagulls were spared further blushes.

The makeshift defence that was fielded on Saturday. This may well be "ifs" "buts" and "maybes", but had the opposition been stronger yesterday, I couldn't see this three-man central defence, consisting of two midfielders, resisting better finishers.

Interesting line-up from Klopp today. Looks like one of those "Pfft. These guys are good enough for a lower table side" line-ups. So, take a lead and let them back in at the end on a set piece is the plan for today. Got it. #BHALIV

Even if Liverpool do continue their good run, sterner tests will come. The evident lack of depth in defence will undoubtedly cost silverware this season. Put it this way: it certainly won't be through a lack of goals. Only the two Manchester sides have scored more so far this season.

Not much of a "bad" to be honest, but rest assured this topic will raise its ugly head again if and when things start going Pete Tong at the back.

The None Too Shabby

As there's nothing in the Ugly sense week, we can gloat about the none too shabby which has to be the turn around in the sides performances - in the league at least - since the 5-1 drubbing at the hands of Tottenham.

With Arsenal imploding against Manyoo yesterday, Liverpool now sit in fourth place having well and truly turned the tide. Thanks to an unbeaten run of six games, winning five, the team have changed their fortunes. For this Jürgen Klopp has to take the credit.

Liverpool are in the top four for the first time since August.

His rotation policy has worked well in recent games and the competition for places (apart from in defence) has bode well in breeding a hungry attitude among the players.

Speaking of which, Alex Oxlade-Chamberlain, despite still largely unconvincing for his price tag, has shown some sparks of life in the last few games. Coutinho has also improved recently in my opinion.

The Brazilian is likely leaving in the not too distant future, but that said his form and contributions have been more confident. Perhaps the form of Mohamed Salah and Sadio Mané has helped him to go largely unnoticed for the last month and simply play football - For Liverpool as well as Brazil! There's a good topic for a pint!

Overall, Liverpool fans can be more optimistic at the moment. I have to say, I'm still not totally convinced, but let's see. Klopp wants the fans to be "believers". This is fine. However, first we as fans, need something to believe in rather than just blind faith.

Next up this week we have (what has become) a crunch match in the Champions League where Liverpool host Spartak Moscow at Anfield. Anything but a loss will take them through to the knockout stages. Following that, the derby against the noisy neighbours on Sunday. Could be worse.