Liverpool FC - The Good The Bad And The Ugly - Week 16 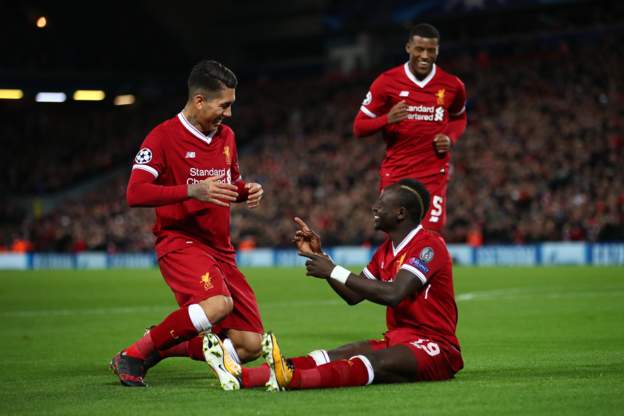 In the Champions League knock out stage qualifying as winners, a few days later, the good become sinners. Believing the win was on a plate, the derby ends in a draw and all irate. The Good, The Bad and The Ugly. A week in review at the world's favourite football club. Liverpool FC.

Qualifying as winners of Champions League Group E. A thumping 7-0 win over Spartak Moscow was more than enough to see Liverpool through to the lucrative knockout stage for the first time since 2009. More than enough in the sense that a smaller margin would have been sufficient given that group challengers Sevilla could only draw 1-1 against the whipping boys NK Maribor.

The win gave the fans another glorious night of European football. A full-strength side was fielded by Jürgen Klopp who sought to ensure there were no jitters in what was a game where nothing less than a positive result was required.

A Philippe Coutinho hat-trick, two goals from Sadio Mané and one each from Roberto Firmino and Mo Salah saw the hosts romp home in a performance displaying some superb football.

As things stand, the draw has pitted Liverpool against FC Porto in the first knock out round. A thoroughly intriguing tie which will see the Reds traveling to the Estádio do Dragão on 14th February. Should make for an interesting St. Valentine's Day!

The scenes following the derby on Sunday. People won't thank me for saying this but I thought the penalty awarded by referee Craig Pawson was nailed on. The fact that ever-poor Dejan Lovren felt he had grounds to remonstrate simply showed how little he deserves to be on the pitch.

The situation showed how deluded players can be at times. If anything, the players should have surrounded Lovren and asked him what the hell he was playing at!

You're playing in the snow, the pitch is slippery. You're faced with a forward in front of you in the box. His team haven't had a shot on goal throughout the game and don't look as if they're going to... What do you think he's going to do at the slightest touch? Any striker worth his salt will go down.

I'm not advocating cheating. However, this is part of the game. If the defender doesn't get drawn in, it won't happen and the Liverpool number 6 ought to know that by now. The treatment of the referee just covers a multitude of sins.

Jürgen Klopp and his team need to look at themselves. 79% possession, 23 shots - only threw on target and a solitary goal for their efforts. What does that show you? Everton for all their boring tactics managed two shots on target out of three. Go figure. Not exactly the stuff of title and Champions League contenders.

This profligacy must stop. At one point, it looked as Liverpool were strolling. As if it was just a matter of time before they scored again. Shame said time was far longer than the 90 minutes allotted.

The sight of Klopp joining in with the players' protests to the officials after the game. Not quite what one expects from the manager. The Liverpool manager isn't the only guilty one. However, I'm not concerned about the others. LFC is my concern and any honest fan would agree that's just not good enough.

"Instead of blaming the referee, blame yourself and blame the players..."

Note to Klopp: Get your players to finish teams off. Defend properly and act with dignity when decisions go against you. The latter in any case works both ways. What's more, you have a defender who is clearly sub-standard and was fooled by some wily attacking play by Dominic Calvert-Lewin. Deal with it.