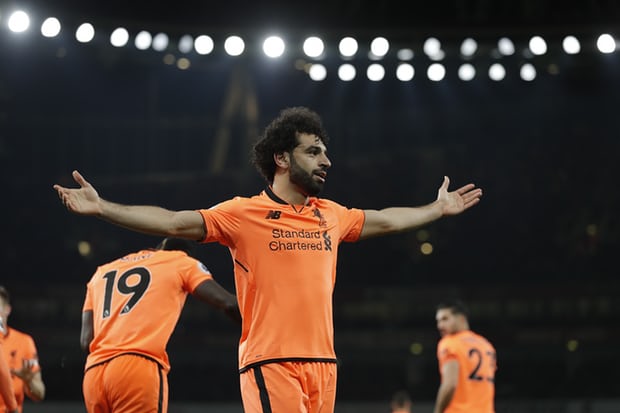 On the south coast hitting the Cherries for four, then on to London for the Gunners, and snatching a draw. Now it's halfway in the title race, and LFC safely occupies fourth place. The Good, The Bad and The Ugly - the Yuletide week reviewed at the world's favourite football club Liverpool FC.

Merry Christmas one and all! Holding on to fourth place in the Premier League. Heading into the festive period and a fixture list demanding a hefty three games in the next eight days, Liverpool have the luxury - if you can call it that - of being a win away from the nearest teams below them.

The Reds face Swansea, Leicester and Burnley during this period. The first two of which being at Anfield and a relatively short trip to Turf Moor for the game against the Clarets on New Years' day. Given the current home form of Liverpool, fans could be forgiven for having a bullish outlook for this festive period.

However, as we saw last season, the wheels can easily fall off after the festive period as the Reds went on to have a winless January. The squad has improved since last season - with the exception of the defence of course. One has to be positive at this point in time. Perhaps I've had one festive sherry too many? Let's see, but for now, Liverpool have a favourable hand to play this holiday period.

The fact that Liverpool are still unable to kill off a game. On Friday, we saw them race into a two-goal lead with goals from Philippe Coutinho and Mohamed Salah. At the start of the second half, you'd think they should have taken all three points. Especially given the quality of their play. That said, I don't think many onlookers would have predicted a different outcome. This really was no surprise.

Yet the combative style of Arsenal in the second half exposed the frailties in this Liverpool side. Joe Gomez outmuscled by Alexi Sanchez for the hosts first. The long-range effort from Granit Xhaka for their second. One which Simon Mignolet probably could have done better with.

By the time Mezut Özil has sealed the hosts' fightback and put the score to 3-2, The Liverpool team were in total shock. This team needs a leader and at present, there doesn't seem to be one - at least not in terms of the defence. Emre Can, Dejan Lovren and Ragnar Klavan simply stared at each other as if to say "How did that happen...? What do we do now...?"

Jürgen Klopp has nobody in his side to take things by the scruff of the neck and organise people. To calm things down. To give a teammate a good kick up the ar*e when needed. A character of this type has been missing since the likes of Jamie Carragher and Steven Gerrard left the team. There is no leadership.

Leadership is the ability or task of providing direction, guidance and or motivation to a group or individual, with the intention of achieving the best possible outcome to a situation. This Liverpool team just do not have this on the pitch, and this was evident in abundance on Friday night.

Yes, Roberto Firmino spared the team's blushes, granted. However, this is due to determination. Determination and Leadership are not the same things. This Liverpool side has the former but not the latter. Without both, a team is always going to struggle.

Klopp's behavior on the touchline against Arsenal. The Reds' boss was warned over his behavior by the fourth official after Firmino's third goal went in.

It's good for the boss to show passion, but I often feel with Klopp the line is crossed on too many occasions. Yes be relieved, but please maintain some element of self-control. Does the team play better as a result of this? Not really from what I've seen.

Many have compared this to the recent antics of José Mourinho where he received a touchline ban for kicking a bottle. The Liverpool manager, on the other hand, has merely had a word in his "shell-like".

Regardless of which team Mourinho manages, the point is a fair one and it's about time the Liverpool manager conducted himself with a little more decorum.

I'm loathed to write too much about this thing because sometimes, I think it simply detracts from more pressing questions. Such as: why the hell after being 0-2 up and cruising, do you not only throw the lead away but have to come back to equalise?

Coming up we have home games against Swansea and Leicester. The way this Liverpool team blows hot and cold - including the manager - it's very difficult to be optimistic. Here's hoping.