Liverpool FC - The Good, The Bad And The Ugly - Week 1 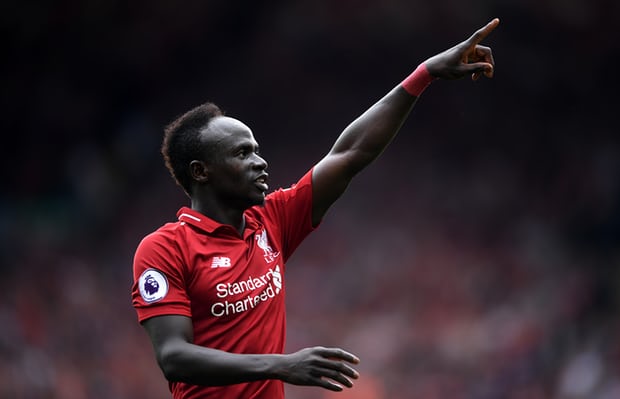 Liverpool in top spot hitting the Hammers for four, it's early days yet but who could ask for more? Goals from Salah, Sturridge and a brace for Mané, got the Reds on their way. Let's not get carried away today, there are still 37 plus more games to play. The week reviewed at the worlds favourite football club Liverpool FC

The opening day win at Anfield yesterday. A great all round performance. I was hoping for a win but to do it in such style was surprising. A clean sheet, four goals and the likes of Sadio Mané and Mohamed Salah continuing last seasons performances with another stellar showing. In addition to a great shift from Gini Wijnaldum.

Credit also goes to young Joe Gomez who started in his preferred central defensive position along side Virgil van Dijk. The 21 year-old played with maturity and looks as if he'll get more chances in the role should he continue in this vain.

From the very beginning, we saw how much more dynamic the team looks in midfield with new boy Nabby Keita in the side. His choice to take the number 8 shirt was a bold one but, judging by his skill, tenacity and energy, he clearly has the ability back it up and could likely surpass the exploits of the previous owner... whoever that was.

Welcome to the new season.... opening with a hammering of West Ham at Anfield 4-0 #LIVWHU #cleansheet pic.twitter.com/otWZK9m2j6

Overall the entire team played better than expected, as Jürgen Klopp said in his post-match interview. The boss also made the point that there are many games to come and rotation will be key. Reading between the lines, he's clearly expecting big things from this squad this season.

Daniel Sturridge scoring with his first touch of the ball after coming on as an 87th-minute substitute. I'm actually really happy for him. He's endured a lot of issues with injuries and form over the last couple of years but seems determined to return to his former level. In view of the fact that Klopp doesn't actually use an "out-and-out" striker, he is having to adapt his game somewhat.

After joining West Bromwich Albion on loan last season, many Reds fans - including me, would have been forgiven for thinking the former Manchester City and Chelsea forward would be joining the baggies permanently (or another suitor) at the end of the season.

Luckily that didn't happen and I maintain that Liverpool FC possesses one of the best natural goal scorers in the game today. The caveat when fitmay still apply, but at 28, he still has another season or two remaining at the very top level.

Yes I know, I know, it's only the first game, but it feels good to see the team at the top of the league - and scoring four goals to do so. Let's feel smug while it lasts. You never know, it might extend another 37 games.

For the two of you who read this column, you'll know my usual barometer for early season promise (or not) is after 10 games. This will take us to the end of October, at which point Liverpool will have played a few of the main challengers. This season those will be Tottenham, Chelsea and Manchester City so we'll know by then whether we can dare to dream or not.