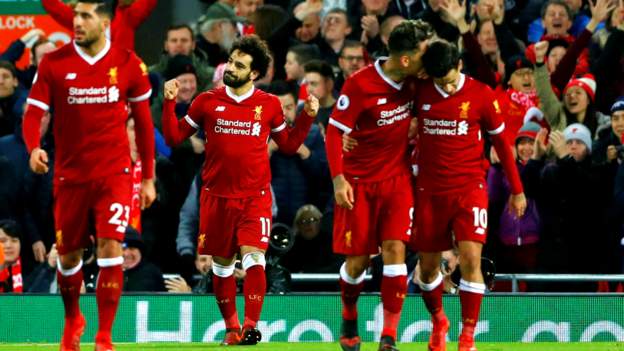 A 100% record over the festive season has provided some cheer for obvious reasons. A super comeback and a 5-0 win, a significant signing leaves Reds with a grin. The Good, The Bad and The Ugly reviewed at the world's favourite football club, Liverpool FC.

Without a doubt the capture of long-term target Virgil van Dijk from Southampton. Much has been made of the £75m price tag. Given the defensive performances from Liverpool over recent years, many fans will feel this is a price worth paying.

The transfer brings Liverpool's spending to the £170m range from Southampton in recent times. This move, however, is probably the most significant yet. Perhaps even eclipsing that of Sadio Mané when one considers the impact can Dijk is expected to make on the team.

Whilst Mané was joining an already successful attacking force, the Dutchman is joining with the hope that he can plug a defence that has consistently leaked goals for fun, even before Jürgen Klopp's tenure began.

It's no surprise therefore that already there is an air of expectancy over the former Southampton defender.

I will gladly hold my hands up and stand by my criticism of Klopp and the club for their handling of the summer's collapsed transfer. Also for the repeated inability to address something that has been the weakest link in the team for literally, years now.

The lack of a competent defence, or leader thereof, arguably cost the club and former manager Brendan Rodgers a first league title in Lord knows how many years. That occasion wasn't ruined by Steven Gerard's slip against Chelsea, but in the previous game when Liverpool threw away a three-goal lead against Crystal Palace and with it, the two points that would have given them what they needed.

Here's hoping the team can finally turn the corner and start to show the defensive nous which is required of a title contender.

The performances over the holiday season thus far. With the exception of the Arsenal result, the team has performed as, if not better than, expected.

The 5-0 drubbing of Swansea City was comprehensive. Dominant. Emphatic. The 2-1 defeat of Leicester City was gutsy. Courageous. Resilient.

Liverpool supporters can't complain about the results this week. For this, Klopp must take the credit. No, I'm not suffering from New Year delusion, nor have I bumped my head in the celebrations. Credit is given where it's due and the manager has earned that over a hectic period.

I told you on the roller-coaster you'd be mine in the end Virgil...and was I right...WAS I RIGHT, VIRGIL!? #LFC #VanDijk #Klopp pic.twitter.com/oS2A3zCSYN

The rotation policy has worked a treat and his team selections have been sensible and appropriate for the opposition. Everybody has been given a start and this can only be good for the overall morale of the squad. The exceptions: Dominic Solanke and Adam Lallana, both of whom are still feeling their way into the side due to inexperience and injury respectively.

How Liverpool supporters can act should they pick up all three points against Burnley this afternoon. The Reds certainly have the momentum going into this game.

The Clarets haven't won in their last four games which includes a 0-3 against Tottenham in their last home game. Liverpool, on the other hand, haven't lost in their last 15 games in all competitions, so it's fair to see them as favorites for this encounter.

Personally, I'd like to see a debut for new boy Virgil van Dijk. This would be a baptism of fire for the Dutchman without doubt, but then at this point in the season, when would be a "good" game? Bearing in mind Liverpool lost this fixture last season 2-0, it's worth noting that any improvement to last season's backline would be welcome.

If the team play as they can, they should come away with something - even a draw given the fact that Burnley remains a tough nut to crack.

Three points would keep the pressure on and make a gap from, Manyoo and the Gooners respectively as both of whom drew yesterday.