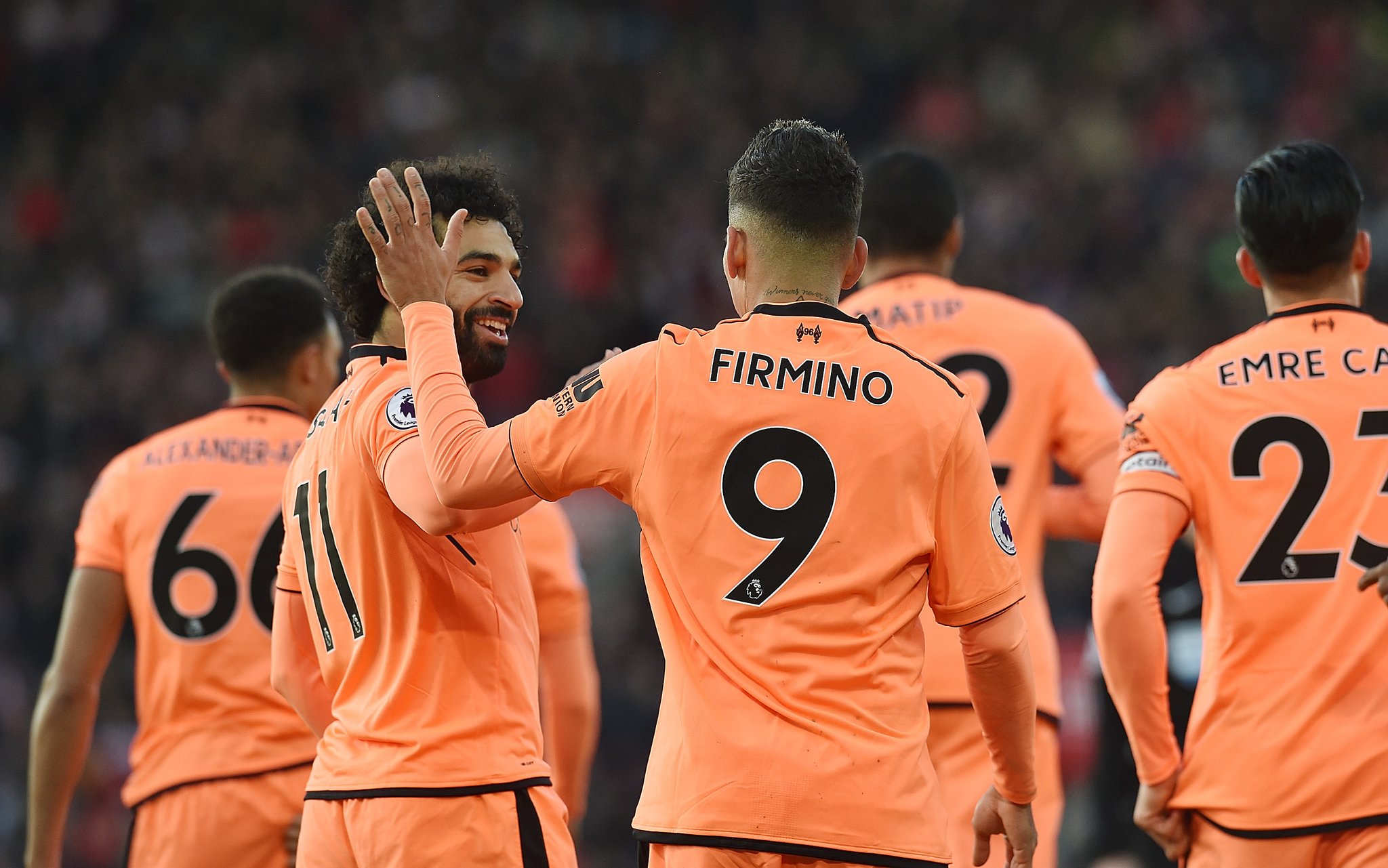 The Reds keep it neat, to record a win and a clean sheet. In an effort to cure the goalkeeping hurt, the club brings in a so-called "expert".  And, claims of Shankly being less than a winner, are surely those of a sinner? The Good, The Bad and The Ugly reviewed at the world's favourite football club, Liverpool FC.

The 0-2 win away at Southampton. A goal and an assist for each of Roberto Firmino and Mo Salah put the Saints to the sword in their own backyard. In so doing the Reds capitalised on the misfortunes of the noisy neighbours who were humbled by ex-Red's boss Raf Benitez and his Newcastle side. Even after all of these years, the Spaniard is still doing the business for Liverpool.

Again yesterday, Liverpool showed why they have what must be among the most lethal attacks in Europe, let alone the Premiership. Salah to Firmino 0-1, Firmino to Salah 0-2. Job done.

At the other end of the team, Joel Matip and Virgil van Dijk - the latter enduring an evening of abuse from his ex-supporters - showed that with the right personnel, Liverpool can show solidity at the back.

Dare I say it, but Lorius Karius even had a good game. I remain far (in fact very far) from convinced with the 24 year-old, but on this showing, there is clearly some potential there. In the first half, he made a couple of stops which, although elementary, are the kind we've seen elude both the German and Simon Mignolet too often before now.

Is potential what Liverpool need in order to challenge for the premiership? Likely not. The "potential" approach went out with Brendan Rodgers and it's in the recruitment of established players - albeit, for big money, that has enabled LFC to keep up the likes of Manyoo, Chelsea, and Manchester City in the last season or two.

This isn't a statement of "Bad", but more of a question because I'm not sure what to think. The news this week that Liverpool have recruited an "expert" to help current goalkeeping coach John Achterberg. An "expert"? What is this? Do they also have an attacking expert?

From what I've read, the fomer Tottenham Hotspurs goalkeeping coach is employed by the club to assess the current goalkeepers at the club and - no doubt - to assist the scouting staff in not recruiting another Karius or Mignolet.

Leitert will undertake analysis to look deeper into the apparent mistakes which the current Liverpool 'keeping incumbents display on a seemingly regular basis. On the face of it, this seems like a good idea. Taking an in-depth look at the situation before making their next steps. However, conversely, it could have deeper ramifications.

Achterberg is currently the head goalkeeping coach at Liverpool so one has to ask where that leaves him. Can't he assess the current goalkeeping situation? Can't he help the scouting department to identify potential replacements? Or is he too busy sorting out the current mess? In truth, Leitert has been at Liverpool since 2016 but there's been no public mention of him up to now. Why?

The situation reminds me of the Roy Evans/Gerard Houllier duo that was sold to the fans and onlookers as "joint" managers. One helping the other. We all know how that turned out... "This town isn't big enough for the two of us..." to quote an old phrase from many a western film.

The recent piece by Stan Collymore likening Jürgen Klopp's current Liverpool side to Kevin Keegan's Newcastle side of the mid-90's. All attacking silk, but a total pig's ear of a defence. The archetypal "You score two goals and we'll score three" kind of a team. As true as this may be, there was a more telling message in his piece.

One further point Collymore made was with reference to Klopp's recent statement that Bill Shankly would have understood the clubs current predicament with having fourth place as a target. One which the ex-Liverpool striker disagreed with and I have to say, I do too.

Klopp reckons that legendary Liverpool manager Bill Shankly would approve of what he is trying to achieve at Anfield and believes the trophies will come. (@LivEchoLFC) https://t.co/F4ACsslDpo

Regardless of the differences in the game now to when Shankly was at the helm. The Scot wanted one thing, and one thing only - and that was to win. Not just a single game but to win the League, to win trophies. For that then as it is now is the mark of success. Usain Bolt didn't compete to come second. He ran to win and this is the mentality we should expect from Klopp. Regardless of the current situation of the club.

Ultimately, I'm sure this is what Klopp wants. No less than we do as fans. However, in seeking to do so we need the best. The best defence , the best 'keeper, as well as the best attackers and until this happens, Liverpool will remain second or third best.

To come this week, we have an intriguing trip to Portugal in the Champions League before hosting West Ham on Saturday.