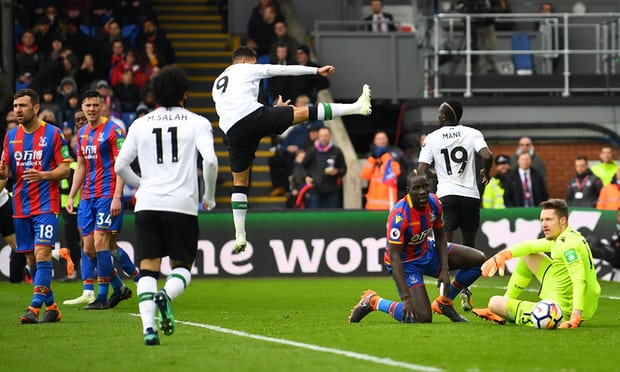 Three points away at Crystal Palace, the traveling Reds deserved nothing less. The vultures circle with Salah in sight, but the player reportedly wants to sit tight. Adam Lallana, what a thing, he’s now gone and done his hamstring! A week reviewed at the world's favourite football club Liverpool FC.

A quick, short and concise review this week. The 1-2 win this afternoon at Crystal Palace. Falling behind to a Luka Milivojevic penalty after 13 unlucky for some minutes when Wilfried Saha was brought down by Lorius Klarius, the visitors have done well to come away with the win at Selhurst Park. The south London ground has not been the happiest of grounds for Jürgen Klopp's team but today they kept their focus and delivered.

Sadio Mané pokes Home Andy Robertson's cross four minutes after the restart to restore parity. In fairness to Liverpool, they stepped things up in the second half having had most of the possession in the opening stages and still finding themselves behind. Sound familiar?

Just when it looked as if the men in white would have to settle for a point, up popped man of the moment Mo Salah to scramble home what proved to be the winner. Three points well earned and ex-Reds manager and Croydon boy Roy Hodgson cursing his luck - and some dopey finishing it has to be said - from his side.

News doing the rounds that Real Madrid are in the hunt for Liverpool's in-form no. 11 Mo Salah.

Although this comes as no surprise given the Egyptian's form since his £37m move from AS Roma to Liverpool during the summer, Liverpool fans will be up in arms should the club decide to sell.

The Express claim the Spanish giants have a "mammoth valuation in mind". Thus far Liverpool have apparently put a £175m price tag on the player. Newspaper talk for a valuation I guess. Klopp for the moment remains tight-lipped on the subject.

Leaving Selhurst Park having witnessed a lively old affair. The highlight came afterwards, though, when a journalist asked Jurgen Klopp if he was worried about losing Mohamed Salah to Barcelona or Real Madrid in the summer. His response: “No”, followed by total silence.

The Mirror, on the other hand, claims the player is going nowhere and wishes to remain at the club next season. Perhaps the £200,000 per week the club are claimed to be offering him to stay might have something to do with that.

Yet another injury to Adam Lallana. The 29 year-old has had a nightmare season with injuries and this one, following a return to fitness in recent weeks comes as a major blow. What's more, one has to wonder what effect this latest setback will have at this late stage of his career.

5 - Adam Lallana's spell of five minutes is the shortest amount of time a substitute has played before being subbed off in the Premier League this season. Cameo.

The former Southampton midfielder came on as a substitute for Gino Wijnaldum but came off just three minutes later. The tussle with the opposing player seemed innocuous enough, but the attacker seemed to over-stretch and consequently paid the price. You've got to feel for the lad after this and no doubt the "sicknote" tag won't be long if he keeps this up.

Next up Liverpool welcome Manchester City at Anfield on Wednesday for the first leg of the Champions League quarterfinal, followed by a trio across Stanley Park to take on the blue half on Saturday. An interesting 10 days head for the Reds.