Liverpool FC - The Good The Bad And The Ugly - Week 34 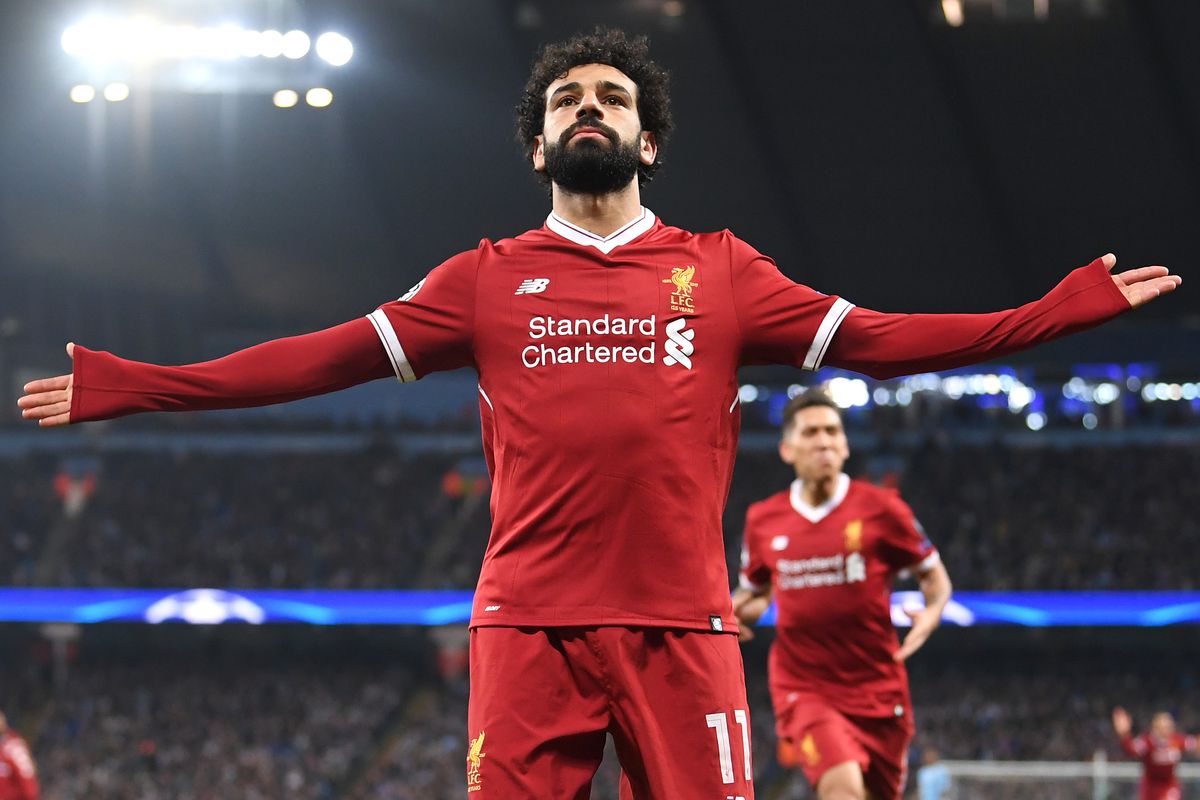 Two good performances and goals galore, see Liverpool reach the Champions League final four. The three amigos score at will, in recording a home win 3-0. LFC fans behaviour is bound to offend as he celebrates in the wrong end! The Good, The (Not) Bad and The Ugly, another week reviewed at the world's favourite football club Liverpool FC.

Well, who could argue with the team's performance against Manchester City? The 5-1 malling of the likely Premier League Champions has put Liverpool into the semi-final of the Champions League.

Following the 3-0 drubbing of their opponent's at Anfield, many would have backed Jürgen Klopp's men to struggle at the Etihad. And indeed, when Gabriel Jesus put City ahead after 2 minutes, it looked as if we were in for another long night of typical Liverpool nail-biting action. However, Magic Mo Salah and this Liverpool team said "No!"

When the little Egyptian chipped home in the 56th minute, the team in Red grew in stature, confidence and every other superlative as they stood firm against the Citizen's onslaught. Thirteen minutes from time Roberto Firmino put it beyond doubt when his quality finish beat the despairing Ederson.

The win leaves Citeh still waiting for Champions League glory after flattering to deceive on so many occasions. However, one has to admire Sergio Aguero's determination and loyalty, as pointed out by BenchWarmers this week.

Batting any disasters, Liverpool could well improve on last season's fourth-place following their 3-0 popping of the Cherries at Anfield yesterday. Yes, it's perfectly possible that the Reds could yet shoot themselves in the foot.

However, with home games against Stoke City and Brighton and Hove Albion sandwiched between trips to West Bromwich Albion and Chelsea, I'm of the opinion that the team have third place to lose.

Of the teams remaining, I don't believe any of them - including Chelsea - should prove too much of a problem for Liverpool. At least in the current form. The results of the Champions League semi-finals will be important, as the effect of a negative outcome coulddent the team's morale.

This is an interesting time indeed for the team. By far the most enthralling in recent seasons and recent claims that Klopp's team have "matured" will be out to the test. That said, we all know how Liverpool fair against teams at the foot of the table. Squeeky bum time over the next few weeks I fear.

Should the team go on to do what is expected, then Klopp and the club to be fair, deserve full credit for the boldness they've shown in bringing players capable of doing the job. Watch this space.

The Mirror reported this week that a Liverpool fan sparked chaos at the Etihad Stadium by celebrating one of the visitors' goals - whilst sitting with the City supporters.

I wouldn't even call this disrespectful, just stupid. Whilst writing, I was thinking along the lines of "How could someone be so..."However, I do recall doing something similar at Stamford Bridge some years ago which also didn't go down too well, to put it mildly. In any case, I survived to be able to write this, perhaps to the disappointment of some!

However, my point is that although incredibly foolhardy of our fellow Red, you have to admire him for not even allowing the fact that he's sitting with the opposition to dampen his joy at Mo Salah scoring such a vital goal. If my joy was any barometer, I can well understand emotion getting the better of him.

Good on ya lad!

Looking ahead we have the Saturday's trip to the Hawthorns. The first leg of the Champions League semi-final we'll have to wait for.

In closing, I'd like to mention the impeccable support and respect for the 29th anniversary shown by a number of clubs yesterday. On this day in 1989, 96 innocent supporters lost their lives supporting the club they loved. #YNWA

LFC will mark the 29th anniversary of the Hillsborough tragedy with tributes and themed programming on @LFCTV today: https://t.co/bUGxueLguu pic.twitter.com/RMcz0hUqq2