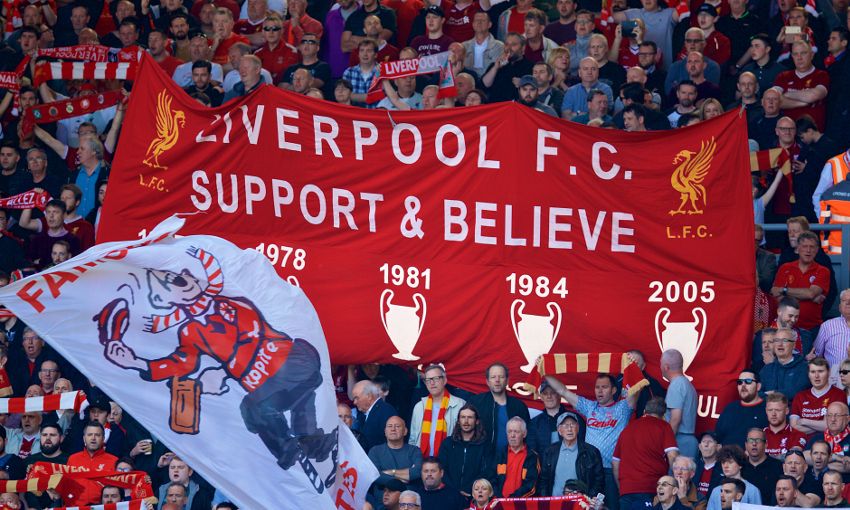 The end of another Premiership race, the Reds have secured fourth place. Could have finished higher? In fairness they've taken the Champions League to the wire. Klopp and his men have good reason, to be proud of their achievements in this season. The Good, The Bad and The Ugly, a week reviewed at the world's favourite football club Liverpool FC.

Despite the letting third place slip from their grasp, Liverpool fans can be proud of the team's overall placing this year. It's clear that the team has had one eye on the Champions League final (more on that later). This has affected results in the league negatively with two wins, three draws and one loss from their last six games. Not exactly the stuff of champions but commendable in the circumstances.

One stat I saw this morning was that Liverpool were third in the clean sheet ranking on the Premier League Website. This is actually quite reassuring, especially as many Reds fans - me included - thought the team leaked more goals than Liza's bucket. On the contrary indeed with 17 behind Manchesters United and City with 19 and 18 respectively.

Overall not a bad showing from the boys this time round. Jürgen Klopp also deserves credit for his good use of the squad. The 50 year-old has used the full squad to full effect over the Christmas's and New Year program and into a hectic January and February. Not to mention the league games during the Champions League run-in. Perhaps the deployment of second-rate players cost the team in the end but still, you can't have everything, can you?

With the long-awaited purchase of Virgil van Dijk completed in January, the team has looked a lot more assured at the back. Sadly, this wasn't done in time to ensure a third place (or higher) finish. The most clean sheets have come in the second half of the season after his arrival.

This may be ifs, buts" and "maybes", but it's not unreasonable to suggest that the two points that separate Liverpool and Tottenham in third place could have been overcome with a better defence. Dejan Lovren, in my opinion, is in no way a suitable partner for van Dijk and I can't see any improvement next season unless this is addressed.

From the time van Dijk made his first appearance for Liverpool, the club has the BEST defensive record in the Premier League; and Loris Karius, (with 0.7) has the best goals conceded/game ratio in the league.

But yes let's give into the media's agenda that our defence is sh*t...

Again this season, we see the club linked with this attacker, that attacker. Any attacker who is either viable or designated as such by his agent. Fact is, another dependable, reliable and consistent centre-back would likely complete the puzzle. Trent Alexander-Arnold, Andy Robertson and van Dijk are all good defenders but the team - the squad, needs more.

That Liverpool have reached the Champions League final is nothing short of remarkable. Nobody would have given the Reds a chance at the beginning of the season. The 6-3 aggregate win over Hoffenheim was expected. Qualification to the group stages and maybeinto the last 16. But to reach the final... the FINAL of the Champions League I say... a superb achievement by Klopp, the team and all involved at the club.

Whatever happens on 26th May, we can only be proud. I don't have a particular expectation ahead of the game. Obviously, I'd like Liverpool to win, but so long as the team puts in the kind of performance we know they're capable of, then I'll be happy. There will be the "knockers", or "tits" if you prefer. In fairness though, Klopp has taken a decent team from also-rans to rubbing shoulders with the elite of the game. Playing Real Madrid in the games flagship competition. You don't get more elite than that!