Liverpool FC - The Good, The Bad and The Ugly - Week 5

Snatching a draw from the jaws of victory, was against expectations and somewhat contradictory. Going a goal behind against "lesser" teams, it's the same old story for the Reds it seems. The Good, the Bad and the Not So Ugly, another week reviewed at Liverpool FC. 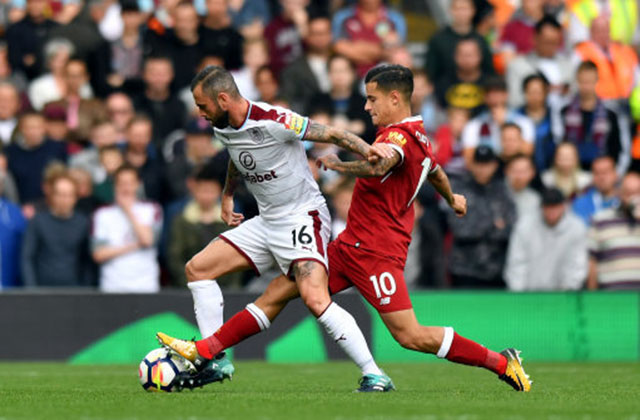 Well in all honesty, it's hard to take many positives from the last week at Liverpool. But two draws after a 0-5 drubbing has to be seen as a good thing. As boss Jürgen Klopp said after the match "I'd rather lose one game 5-0 than lose five games 1-0". True but more a romantic statement than anything else. And to be fair should that be the case, most managers would be hanging on to their jobs. Klopp included.

It should be noted that in the two draws over the last week 2-2 and 1-1 against Sevilla and Burnley respectively, the team came from behind to salvage a result. In the case of the latter, rather ashamedly so. 35+ shots at goal, nine on target and only one goal to show for it doesn't bode well.

The one thing the above stat shows and that is the team are clearly making chances. In addition, it has to be said that stand-in Burnley 'keeper Nick Pope had an outstanding game and was certainly my Man of The Match. This in itself lends itself to sympathy for the men in red.

Fact is, we can only be positive and things should turn around.

The defensive situation. I don't want to beat the same old drum but again Liverpool have been undone by sloppy defending. A German friend of mine said to me during the week: "The problem with Klopp is, he's never really been that bothered with defence before because he has always been full on attack. This works here in Deutschland but in the U.K., you have teams playing very differently than here. Much more physically and with spirit" And with this, the nail was hit firmly on it's flat little head.

I am on occasion critical of Klopp. Not because I don't like him, but because I fear he's barking up the wrong tree. This season is a vital one for Liverpool. I don't expect the team to win the league. Their opening form has proved that. However, I do expect them to be performing better than they are. Above all I see the failure to correct the glaring deficiencies in the team as a huge mistake.

Yesterday the manager said in his pre-Burnley press conference that the club watched Virgil van Dijk alternatives "500 million times" before deciding against buying. He says the players Liverpool currently have "were not worse than them" being the factor behind the decision. I struggle to believe the club couldn't find players (implicitly) better than Ragnar Klavan.

Jurgen Klopp says he watched van Dijk alternatives "500 million times" over the summer but felt none of the defensive options were suitable. pic.twitter.com/uye0CmmVAh

The goal Burnley scored yesterday was simply down to poor defending. Klavan left Scott Arfield unmarked to join Joel Matip in an aerial challenge - against a player already being marked by... Matip. I'm surprised Liverpool couldn't find a defender more savvy than that.

For me, new players must improve your squad at least. For example, Mamadou Sakho is clearly a better player than Klavan. I don't believe you need to be a football expert to see that. So, if you decide to sell him, then you need to replace him, PLUS strengthen also. Alternatives to van Dijk may not have been quite what Klopp was looking for but, the fact of needing to replace a decent player seems to have been ignored like a bird on a hippo's back!

The Not So Ugly

Notwithstanding the above, I can't find anything that really fits the Ugly category. Criticism aside, the club remains in a decent-ish position in the league and are on the same points tally as the rest of the teams in Champions League group E... one. you could even say they're joint first! So all is not lost. It could all be much, much worse.

For the two of you that read this column regularly, you'll know my rule of thumb, of 10 points from the first five games, puts the team in contention for the remainder of the season. Liverpool are currently two points worse off than they were at this point last year.

This means there's little or no chance of Liverpool returning to the top four this season - at least on current form. That said, I'm more than happy to have egg on face come May and hopefully I will. There's a lot of football to be played between now and then and as someone once said: Football... It's a funny old game!