Liverpool FC - The Good, The Bad and The Ugly- Week 28 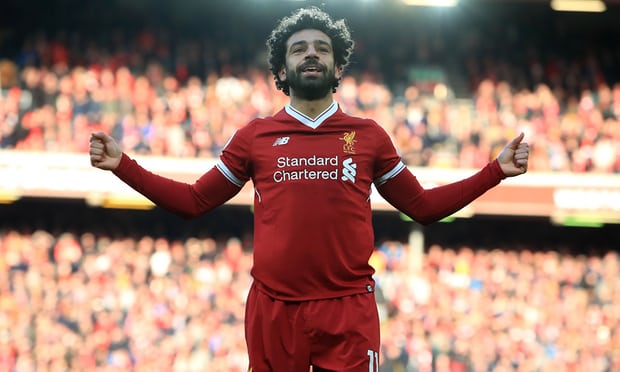 A great away performance in the Champions League, three points, and third spot adds to the Premiership intrigue. An auction takes place to sell pieces of Anfield old, From seats to signs from good old times, everything must be sold. The Good, The Bad and The Ugly, another week reviewed at the world's favourite football club Liverpool FC...

Of course the 0-5 drubbing of FC Porto in the Champions League. Perhaps one of the most complete European performances I've seen in some time from Liverpool.

To say the result came as a surprise would be something of an understatement. Given that Porto have been unbeaten in the Portuguese top flight in at least their last six games, I thought this would be a sterner test. However, to use the familiar management talk cliche "Best in class"?, Well, it rather depends what class you're in!

Evidently, Porto's' class would rank among those for the "more challenged" as the strugglers in the school system used to be called - as not to offend. However, Liverpool appeared too challenging an opponent for them on this occasion.

Goals from Mo Salah and Roberto Firmino in addition to Sadio Mané's hat-trick pretty much made the rest of the stage academic as one can't see Liverpool conceding five goals at home. Still, stranger things have happened at sea, but I'd rather it stayed there - at sea and not Anfield!

Liverpool held an auction this past week,  to sell off many of the artifacts that were retained following the redevelopment of the Main Stand which was completed in 2016. With the proceeds going to the Liverpool Former Players’ Association, the event attracted a huge amount of interest. Even the Antiques Trade Gazette gave it a mention.

Among the items being auctioned were the letters spelling out "The Kop" seats from the old dugout and, for those who either have a very large house or are poor with directions, there was even a "Home Dressing Room" sign! Even those for the ladies and gents toilets were available for those with the need... so to speak.

The pick of the bunch was the bronze table-top version of the Bill Shankly statue which was cast by sculptor Tom Murphy, which was expected to fetch between £25-30,000. Not bad indeed.

The Echo reported later in the day that many of the items sold for more than their original estimates. The "Home Dressing Room" plaque fetched a whopping £1,800 and the ladies toilet sign went for a tidy £220. There was no mention of the gents interestingly enough. Make of that what you will.

The 4-1 result against West Ham at Anfield on Saturday. A rich run of form sees Jürgen Klopp and his charges extend their grip on third place in the Premiership by two points - having taken second for a short time before Manyoo beat Chelsea. Food for smugness indeed.

Goals from Emre Can, Salah, Firmino and Mané demonstrated that the Reds are not totally reliant on the Egyptian No. 11. And, at the same time, cemented the return to form of Sadio Mané who we can't deny has been struggling for form these past few weeks.

The Premier League has now become a one-horse affair. Moneybags Manchester City are running away with it. It's hard to see anyone clawing back the 13-point lead they have right now. Therefore, it's a race for second place. Like being in a 100-metre race with Usain Bolt in his heyday. Sometimes there is glory in coming second, and Liverpool are bang in the hunt. If you excuse the puns!

Next up this week, Liverpool host Newcastle United at Anfield along with former boss Rafa Benitez in what is sure to be an interesting encounter. Hopefully, the old gaffer and his side will be in charitable mood this weekend. That said, with the visitors perched precariously in 15th place and a mere two points away from the bottom three, I wouldn't be so sure.