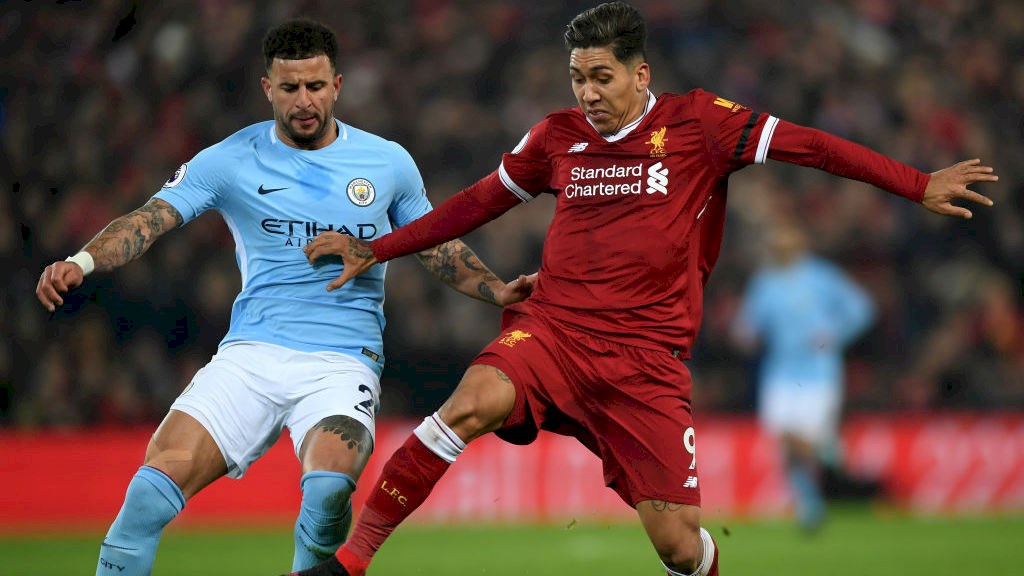 Liverpool take on Man City this Sunday at 4:30pm at Anfield.

Liverpool slumped to a disappointing defeat against Napoli on Wednesday night in their second Group C match in the Champions League after a late goal from Lorenzo Insigne gifted the Serie A club all three points. This came off the back of a 1-1 draw with Chelsea at Stamford Bridge in the Premier League, in which a late Daniel Sturridge equaliser helped preserve the Reds’ unbeaten run in the campaign so far.

Last time out for Man City

Man City overcame Hoffenheim away in their Group F Champions League clash on Tuesday evening after Sergio Aguero and David Silva overturned an early goal from Belfodil. The result leaves them second in their group after two matches.

Prior to that, City beat Brighton 2-0 at home to bring themselves joint-top of the league with Liverpool.

Liverpool are close to returning to a clean bill of health, with Alex Oxlade-Chamberlain the only remaining long-term injury concern. Adam Lallana has returned to training, though he will be unlikely to feature tomorrow. Naby Keita survived an injury scare in the loss to Napoli and should be passed fit for the clash with City.

Man City will be without Fabian Delph, Ilkay Gündogan and Kevin De Bruyne, who will likely return shortly after the Liverpool tie.

None of Liverpool’s players performed especially well against Napoli in midweek, but goalkeeper Alisson once again made several key saves (as he did against Chelsea in the preceding game). His composure and reading of the game could be crucial tomorrow against City’s fierce attack. Daniel Sturridge is also in good form after his two goals against Chelsea in the Carabao Cup and Premier League.

David Silva scored a late winner against Hoffenheim on Tuesday, and the little maestro will no doubt pull the strings again for City tomorrow at Anfield. Sergio Aguero has returned to form this season and will need to be well-marshalled by Liverpool’s defence.

Jurgen Klopp will name a strong squad, though he will have a few important decisions to make. Liverpool’s fullbacks have experienced a dip in form of late, with Andy Robertson’s defensive lapse resulting in Napoli’s late winner. Joe Gomez will undoubtedly start alongside Virgil van Dijk again after putting in a solid performance against Napoli.

I would expect Jordan Henderson to start in place of Naby Keita, with Gini Wijnaldum and James Milner lining up alongside him in the centre of the park, and Fabinho may get another chance from the bench as Klopp continues to ease him in.

Klopp will persist with Roberto Firmino, Sadio Mane and Mohamed Salah until the breakthrough in their form occurs. Sturridge and Xherdan Shaqiri are more than useful options from the bench.