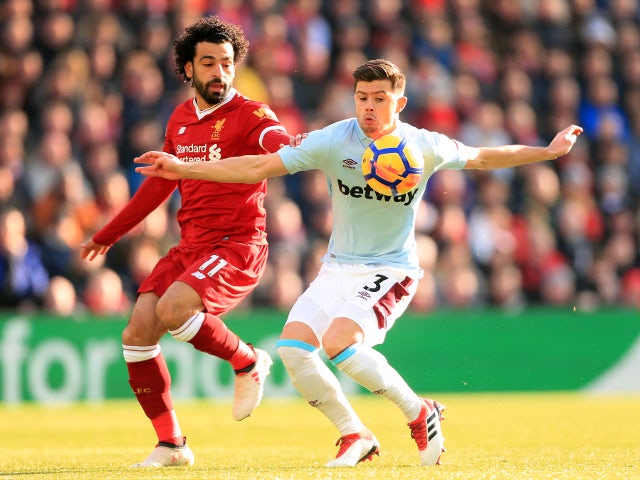 Liverpool kick off their 2018/19 season this Sunday at Anfield, taking on a West Ham side boosted by rampant summer spending and a new manager at the helm. In total, Manuel Pellegrini added ten players to his squad in a nearly-£100million spending spree that saw the likes of Lucas Perez, Jack Wilshere and Andriy Yarmolenko become Hammers before the transfer window slammed shut on Thursday evening.

Jurgen Klopp’s Liverpool were similarly tenacious this summer, completing ambitious deals for Fabinho (Monaco, £43.7m), Naby Keita (Leipzig, £52.75m), Xherdan Shaqiri (Stoke, £13.5m) and Alisson Becker (Roma, £67m), while a move for Lyon’s Nabil Fekir collapsed before the World Cup when the player failed a medical. Despite that setback, Liverpool already look a more complete unit than last season, with the weaker areas of the squad finally addressed and more depth added overall – significantly, many pundits, managers and former players are singling the Reds out as the primary title contenders to Manchester City this season due to their transfer activity over the summer.

West Ham are the fifth-biggest spenders in the Premier League this summer behind Leicester, Fulham, Chelsea, and of course, Liverpool. Their ten additions bolster last season’s already-improved squad (Marko Arnautović bagged 11 goals for the Hammers in 31 league outings to help them to a 13th-placed finish), and with Pellegrini’s experience and renewed fan support, the owners will surely be optimistic about the club’s ability to push on in 2018/19.

For Liverpool, a fast, efficient start to the season is crucial. Their opening three games (Palace and Brighton follow the West Ham clash) all represent very winnable fixtures, with no disrespect to the opposition. The Reds managed an impressive 25 goal-haul in pre-season, conceding 10, with the sharpness of fit-again Daniel Sturridge and Adam Lallana a particular encouragement for Klopp. New signings Fabinho, Keita and Shaqiri have also started strongly, and much will be expected of Alisson, who was very briefly the most expensive goalkeeper in the world. The lethal front three of Sadio Mane, Mohammed Salah and Roberto Firmino will no doubt prove a handful for Pellegrini’s defence, and Klopp will demand that the rest of his side contribute by way of the accustomed high press and counter-attacking game we’ve come to revel in as Liverpool supporters.

Reports suggest that Fabinho and Shaqiri will start tomorrow’s match on the bench, giving returning captain Jordan Henderson the opportunity to continue impressing as the midfield quarterback. Gini Wijnaldum may also make the starting XI alongside Keita after a strong showing in pre-season, and Joe Gomez is almost certain to line up alongside Virgil van Dijk in the centre of defence in the absence of Joel Matip, Ragnar Klavan and Dejan Lovren.

Klopp and his Liverpool squad will be under pressure to provide the performance we all know they’re capable of on Sunday, but judging from their pre-season matches and intelligent transfer activity, they’ll be ready for the challenge.