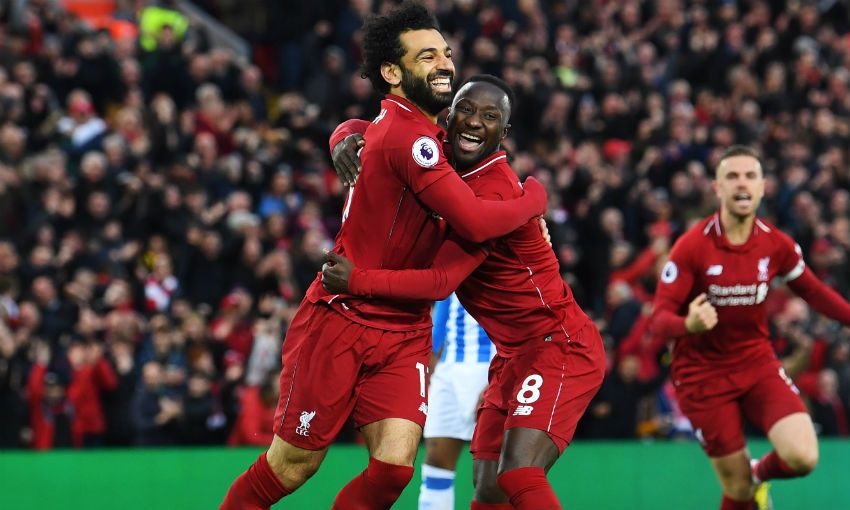 Naby Keita is about to enter his third season as a Liverpool player, and it’s safe to say that we are still yet to really see the best of him. When the deal was agreed, pretty much every red was eager to see the Guinean in action, and we’re probably gutted they had to wait 12 months for him to join up. While he has shown glimpses of the quality that made him one of the hottest talents in Europe, he has not nearly hit the same heights, yet.

Since football resumed in June, Naby Keita has been Liverpool’s best player, for me. We seem to finally be getting the Leipzig Keita. When he is on form, he can bring qualities of all of our other midfielders on his own. We have seen how he can be dynamic with the ball, he is always looking to drive forward when in possession. He had only one less big chance created this season (5) than Paul Pogba and Bruno Fernandes combined (6). In a season where he only played 18 times in the league, only Jordan Henderson had more goal involvements than him. We know the quality of the player we have on our hands, but it is now beginning to shine through.

With the departure of Adam Lallana, and the potential departure of Gini Wijnaldum looming, the prospect of Naby getting a full season as a first-choice midfielder next season could be a real possibility. This is a chance for him to prove any doubters he has wrong, and prove he is in the top bracket of midfielders in the Premier League.

He already has a wonderful partnership and understanding with Sadio Mane from their days at Red Bull Salzburg together. At times while he has been at us, I have felt he is always looking for Mane a little too much, due to the familiarity with him. For him to truly reach the next level, he needs to establish that same level of comfort playing with Firmino and Salah. While we may be about to sign Thiago, who would undoubtedly bring some class and sophistication to the midfield, Keita has that mix of what Thiago brings, and the willingness to work hard like Gini. Getting the best of out him next season would be like a new signing for us, and a massive game-changer, as we look to retain our Premier League crown.