This is just the beginning for Jurgen's Reds 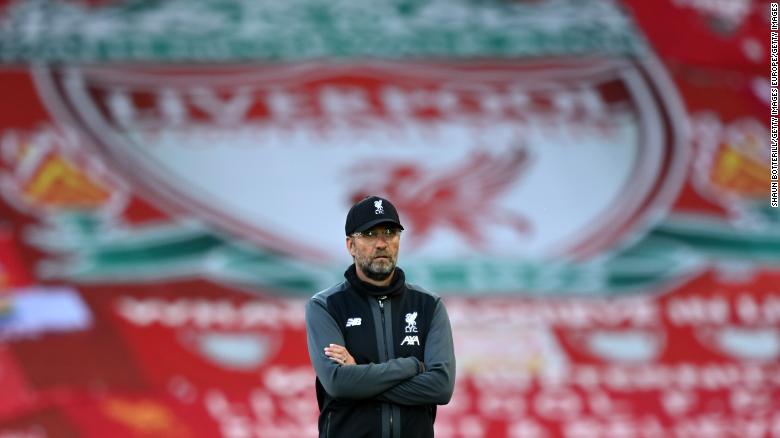 Liverpool Football Club. Champions of England. It may have taken 30 years, and 8 different managers, but we are once again at the very pinnacle of English football. It’s amazing to think that this still feels like the beginning of something special after the last 12 months we have enjoyed. All of this is amazing, but we still find rival fans trying to disrespect our achievements. Now, I don’t care what rival fans say about us, we know we are the best team in the world right now, and that’s all that matters. What bothers me is the unjustified nature of the disrespect.

At the time of writing, Liverpool have 92 points from 34 games. That would already be enough points to win the league in 14 Premier League seasons. We can still get a potential 104 points this season, which would, as we are all well aware, be an English record. We are currently 23 points ahead of a team that has amassed 198 points in the previous two seasons. This alone turns the disrespect into nonsense.

However, if we dig deeper, we can really disperse any negativity towards this brilliant team. We have lost as many Premier League games in 120, as Manchester City have this season alone (9), showing that our issue in previous seasons, has always been drawing too many games, something we have put to bed this season. As soon as the coronavirus pandemic through the season into doubt back in March, rival fans we always going to throw out the ‘tainted title’ ‘asterisk title’ shouts, as well as the ‘no-one cares about it this season’ line to try and make us feel like we don’t deserve the title. Before March it was ‘this is the worst Premier League of all time’. The thing is, no one said the Premier League was weak two seasons ago when Manchester City won it with 100 points, 19 ahead of Manchester United, everyone, rightly so, praised them to high heaven for their excellent achievement. Now we are on the verge of blowing that out of the water, the league is weak all of a sudden.

When Leicester won the league, and we finished 8th, Chelsea finished 10th, again, no one said that the Premier League had been weakened, everyone praised Leicester for their monumental, and unexpected achievement. I’ve got no problem praising a rival team who truly deserve it, I just expect the same courtesy in return.

We are on course to go down as the greatest team in English football history, based on points alone. We lost the league by a single point last season, and it made us hungrier than ever. When you get 97 points and still don’t win the league, as someone who before now had never seen the team win the league, you begin to think it is never going to happen.

Jurgen Klopp has changed this club forever. I don’t think a manager has had this kind of effect on us since Bill Shankly. Yes, Bob Paisley was the most successful manager, but no one came close to Bill, because of the drastic transformation he oversaw. Jurgen Klopp is on course to do it all over again. In 10 years, we have gone from ‘not being too big for a relegation battle’ to literal Champions of the World. Jurgen says he does not want a statue, but if we keep him for the next 10 years, and we continue to progress and achieve in the manner we have so far, that decision isn’t going to be his to make.

At the end of the season, however many points we get in total, we know this is only the beginning of the Klopp era, which must be worrying for the rest of the league. I look forward to keeping getting disrespected, it must mean we are doing something right.