This Liverpool team needs a spine 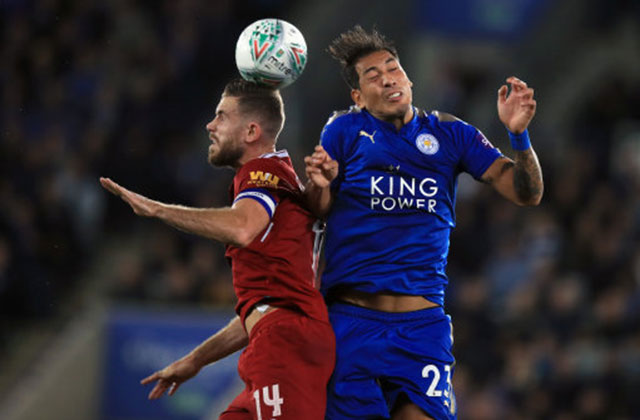 Yes, it was the second team Liverpool lineup facing Leicester, but the result went exactly to Leicester’s plan. How to beat Liverpool? Just follow the template for the last two seasons. Sit deep, defend, wait for your set piece and score. Developed by Pulis et al., perfected my Mourihno, since Gerrard’s fatal slip, unpicking Liverpool tactically has become all too easy.

Robertson and Coutinho were perhaps the only bright points for Liverpool in this opening game, but once Phil was taken off at half time Liverpool looked devoid of ideas or penetration. Probably the worst part about Liverpool’s performance over the last ten days is the consistent lack of ability from set pieces, defensively but crucially offensively. Sitting deep against a Liverpool side that are dangerous from corners would be a different proposition, but Liverpool look unable to produce anything from corners. Game after game, more shots, more corners, more possession, more chances, the results however, don't lie.

Let them come, let them shoot.

Against this Leicester team passing in the final third was sloppy, especially after half time. Given the composition of this team a bit of rustiness is to be expected. As too is Liverpool inevitably conceding. A Leicester corner, headed away, before a second ball comes into the box, Gomes and Klavan out of sink, headed down and goal. Easy peasy. The camera pans to Leicester fans who aren't celebrating with disbelief, instead they are celebrating the goal they knew was coming.

Let’s not make sweeping statements from a team based around young players, but this isn't just about getting knocked out of the Carabao cup by Leicester. This is about a problem which needs solving tactically and conclusively. It is a problem across competitions, one that is threatening to derail Liverpool’s season before it has kicked off. Klopp’s team is too easy to score against, and too easy to defend against, it is that simple. Chances might be the mother of football but goals are the bread and butter, and this squad are struggling are starving on both ends of the pitch.

Now is not the time to lose faith in the project, by no means should the work Jurgen’s team is doing be undermined by disgruntled fans, but it is up to that same team to acknowledge the situation and remedy it. The need for stubbornness from football managers is obvious, in a game where you will inevitably fail you need to back yourself, your decisions and your project. However subtle dynamism cannot be ignored, the ability to recognize problems and correct is key to long term success.

Klopp looked angry after the Leicester defeat, given context by his post match interview it is clear he too is growing tired of the same narrative. Make no mistake this has been the most consistent attribute of this Liverpool squad, becoming present during the Rodgers years. One has to hark back to the Dalglish season to find a time when Liverpool had a resolute defense, probably not a surprise too that was when a trophy was last delivered to Anfield. Blips of defensive solidarity have been exactly that, blips. The team knows they will concede,  putting even more pressure on scoring and slowly this cycle erodes confidence across the pitch. This bad apple really will rot the whole barrel.

An angry Klopp could be a good thing right now, we know trust is one of his biggest themes, and perhaps he has shown too much to this squad. This cant devolve into a conversation about how Liverpool are different with Mane or Salah, this is about players knowing their performances aren't good enough and fearing being the weak link. Be it from the captain or the manager, players need to know anything below their best won’t win them trophies and won't be good enough. This Liverpool team needs leadership and accountability, this Liverpool team needs a spine.