Burnley were the latest side to ask questions of Klopp’s game management as Liverpool once again fail to capitalize on the numerous attacking opportunities. In a game where the home side had 70% of possession, 35 shots, and dominated proceedings, they failed to make the most of their chances.
Defensive unforced errors have been the reason for points dropped already this campaign and the story was much different on Saturday. Joel Matip’s tame clearance fell into the path of Arfield who comfortably finished past Simon Mignolet. The German Managers’ decision to chop and change his back four as done little to solidify the Reds back line and the pairing of Matip and Klavan did little to allay supporter’s fears. 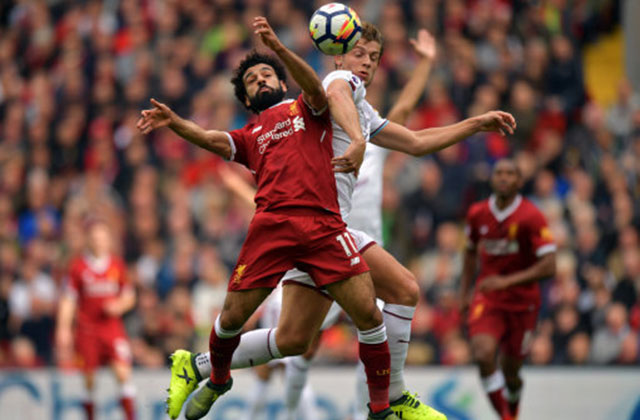 It was an instant response from the home side, Man of match Mohamed Salah continued to cause devastation to the defenses that have faced him this season. The Egyptian worked his way into a shooting position on the edge of the opposition penalty area and his trusty left foot guided the ball past the helpless Pope.
The new summer signing could have had more and that is perhaps the biggest flaw in the attackers game, although he has five goals in 8 games this season( an impressive return) if he could improve his percentage of shots on target translating to goals in a similar fashion to his counterpart Sadio Mane, Liverpool would have one of the most dangerous forwards in football. Salah’s sharp turns, scintillating pace and ability to be in the right place at the right time proves the number 11 has all the qualities needed to threaten any side.
The question regarding Sadio Mane’s absence reflecting on the outcome of this game is strong to summer extent, however, the Reds could easily cope without the Senegalese international if they could improve theirs clinically in front of goal. Nevertheless, Liverpool still needs to amend issues at the back if they are seriously going to challenge in any competition this campaign.