What Game Do We Play? 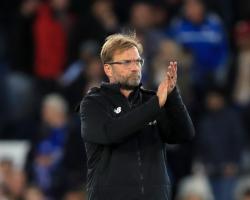 There have been enough games so far this season to see something is rotten in the kingdom of Denmark (well, Anfield). As fans from near and far speculate, ruminate and wildly gesticulate with each other about the failings of individuals, the manager, the board, I began to wonder - what game do we play?

Let me explain. Klopp 's noted style of pressing has been abandoned for a more sedate version, if at all. What have we replaced it with in the engine room? A reasonably stationery middle three - especially when defending - that have neither the strength nor the dynamism to be consistently effective at stopping the opposition attacks. This creates a lack of cover for one of the poorest Liverpool defences I have seen collectively for along time ( and I watched Pieknik, Hysen, Staunton, Dicks, Kvarme, Ruddock) and as such continually highlights both the individual ineptness of the back five but also the lack of a strategy to defend.

We still play with a keeper, left back and centre half from Rodgers' team and they have not improved so why are they here? Why did we not highlight players who enabled to play the press club continually and buy them if buying defenders was not on the agenda?

I guess the question is - if we aren't a pressing team, nor a solid at the back team, what are? Two years into a manager's tenure is it reasonable to ask that s question and as fans be able to answer it?