This Sunday, the European champions take on last season's treble winners in what is undoubtedly the biggest game of the season so far.

With Liverpool currently topping the Premier League by six points ​ahead of Manchester City, this game could go a long way in deciding who will become the champions of England.

This rivalry has taken over the league for over a year now, with a number of stunning match-ups. Jurgen Klopp or At a time when Manchester City were not the unstoppable force they are now, Liverpool staged an incredible come back to win 3-2 at the Etihad.

Stephen Ireland opened the scoring for City, before Javier Garrdio doubled their advantage in the first half. They seemed in cruise control, but Fernando Torres grabbed a goal back early in the second half.

However, the game-changing moment was a red card for Pablo Zabaleta for a tackle on Xabi Alonso. Liverpool took control of the game, with Torres heading home again and then Dirk Kuyt scoring in the last minutes of the game to claim a stunning win.

This really did look like the game that would secure Liverpool their first Premier League title. We all know what happened next though.

Anyway, back to this game. The Reds started the game like a house on fire, bagging two goals in the first 26 minutes courtesy of ​Sterling and Martin Skrtel. However, the first half performance seemed to burn Brendan Rodgers' side out, and City began to pick them apart in the second half.

​David Silva's strike and Glen Johnson's own goal came in quick succession and looked to have dented Liverpool's title hopes. But up stepped Philippe Coutinho, who pounced on a Vincent Kompany error to smash home and give his side a memorable victory.

The game was most famous though, for Steven Gerrard's rousing 'we do not let this slip' speech after the 90 minutes. Oh, how he came to regret those words.

Not just a classic fixtures between the sides, this goes down as an all time Premier League classic.

​Alex Oxlade-Chamberlain opened the scoring with a thunderous strike, but Sane equalised after a mishap from Loris Karius at the near post. Liverpool then had a scintillating eight minute spell in the second half, with Firmino, ​Mane and Mohamed Salah all scoring in quick succession.

The game looked to be done and dusted, but ​Bernardo Silva and Ilkay Gundogan both got their names on the scoresheet with six minutes to go and set up a nervy ending. Liverpool held on for a thrilling victory, but still came up short as City went on to lift the Premier League trophy at the end of the season. 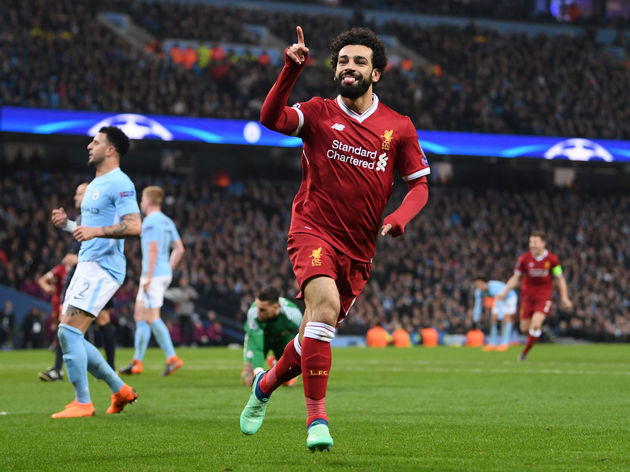 After thumping City 3-0 at Anfield in the first leg in the quarter finals of the Champions League, Klopp's troops were on the verge of a place in the European semi-finals for the first time in ten years.

However, nerves on Merseyside were quaking, with ​Gabriel Jesus scoring inside the first two minutes. City should have been 2-0 up after Sane scored, but the referee shockingly and incorrectly ruled out the goal. Guardiola couldn't contain his emotions, and the Catalan was sent to the stands for his outburst.

The game turned on its head at that moment, with the momentum completely sapped from the hosts. ​Salah and ​Firmino would both go on to score to end City's Champions League run and instead send the Reds to the semi final. 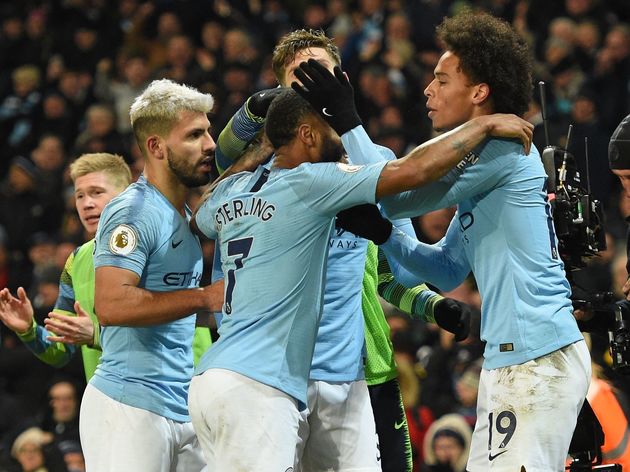 An incredibly enthralling game that probably changed the whole complexion of last season's title race. Liverpool led their rivals by seven points at the time, and only a win would do for City. Anything else probably would have allowed the Reds to go on and win the league.

The Citizens nearly fell behind early on, when Mane's shot hit the post and John Stones prevented the ball from crossing the line by a mere 1.12cm.

This one was good ⚽️ pic.twitter.com/8Hfcfvsy4e

However, ​Aguero opened the score for City just before half time with an emphatic finish. Liverpool weren't to be pegged back for too long though, as Firmino headed home following some magnificent play from Alexander-Arnold and Andy Robertson.

Both teams were playing with some caution not to lose the game, but Sane was the man to get City the crucial winner as he fizzed the ball expertly into the bottom corner.

This proved to be Liverpool's only league loss of the season, and City went on to win an incredible title race by just the one point.