​Last season saw Liverpool move to the next level under Jurgen Klopp. The club had previously finished fourth in Klopp's two full seasons in charge, but rose two places in 2018/19, eventually being pipped to the Premier League title by Manchester City in a record-breaking season.

They Reds also built on their Champions League success from the year before, overcoming the disappointment of a defeat in the final to Real Madrid in 2018 by winning Europe's elite competition in 2019 against Tottenham. 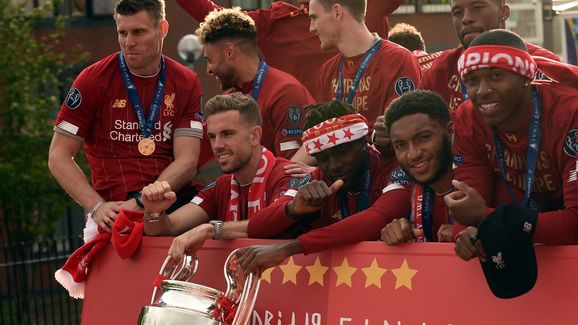 The next question is: how do they improve again? Liverpool look set for a quiet summer of few additions. They will have to be careful they aren't overtaken by big-spending rivals in the ongoing arms race that is the Premier League.

An ace up Liverpool's sleeve, however, is the ability to welcome in players already at the club who hardly featured (for one reason or another) last season.

Here are six players that could feel like new signings for Liverpool next season. When Oxlade-Chamberlain arrived at Liverpool in the summer of 2017, he was at a crossroads in his career. Having dazzled for Southampton as a teenager, the England international had struggled to fully establish himself in Arsenal's team, eventually being shunted into a slot at wing back, leading to him decide that his future lay elsewhere.

He was able to make just two appearances in the latter stages of the 2018/19 season as he works his way back from a lengthy layoff. If he can return to his best in the campaign ahead, Liverpool will have another exciting option in their midfield. One word to sum up Keita's opening season at Anfield: underwhelming. Perhaps that is harsh, but this was a player who was a club record transfer when he arrived in July 2018, a figure that was surpassed later that summer when Alisson arrived.

Liverpool's midfield had been seen as a little one-dimensional before Keita joined, with Jordan HendersonJames MilnerGeorginio Wijnaldum

He had started to show his qualities in the second half of the season and much more will be expected of him in 2019/20. If he stays fit and continues to adapt, then he should add a great deal to this side. Virgil van Dijk earned plenty of plaudits last season, and rightly so. The Dutch defender has made Liverpool's backline the envy of the league, which was far from the case when Klopp arrived back in 2015.

Still, all great players need quality around them, and at the start of last season, Gomez fitted the bill. The 22-year old looks to possess everything that a top-class defender requires: reading of the game, composure on the ball, pace. The list goes on.

The worry is his injury record. In his short career, Gomez has already suffered a cruciate ligament injury, Achilles tendon problems and a broken leg. These have meant that he has been unable to get regular game time under his belt.

He has proved that he is good enough for this level. Playing alongside van Dijk, he will only improve. If he can put those injuries behind him, Liverpool He is only 19, but already he looks set to make his mark in Liverpool's first team. Klopp certainly thinks he is ready

Patience will be needed, as the striker missed most of last season after undergoing ankle surgery.

Brewster will also know that he is comfortably behind Roberto Firmino 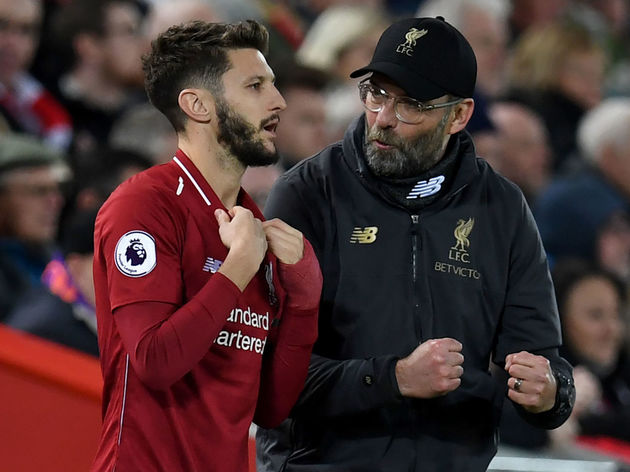 When in full flow, there are few better players to watch in the Premier League than Adam Lallana

The 31-year-old possesses quick feet, ​can pick a pass, and was often the creative spark for Liverpool when he joined in 2014.

Yet his influence has waned, and there is one clear reason for that. Injuries. It is a rarity that a week goes by when Lallana has not suffered a setback of some sort.

He was very much on the fringes of the team last year, only able to show glimpses of his undoubted talent. If he can come through pre-season unscathed, then a fully-fit Lallana can still offer plenty to Klopp's side as an option from the bench and in cup clashes. Now the Welshman wants to make an impact in the top-flight. Klopp has made a habit of bringing young talent through, with Trent Alexander-Arnold

Already he has earned a reputation as a Goal of the Month hogging free-kick specialist, having netted a number of stunning strikes last season.

Much like Brewster, he will have to bide his time, knowing that he is not at the standard of Mohamed SalahSadio Mane