A key factor in contract talks breaking down between Liverpool and Emre Can two years ago has been revealed.

The German international departed Anfield for Juventus on a free transfer in 2018, after months of talks between Can's representatives and Liverpool failed to find an agreement. 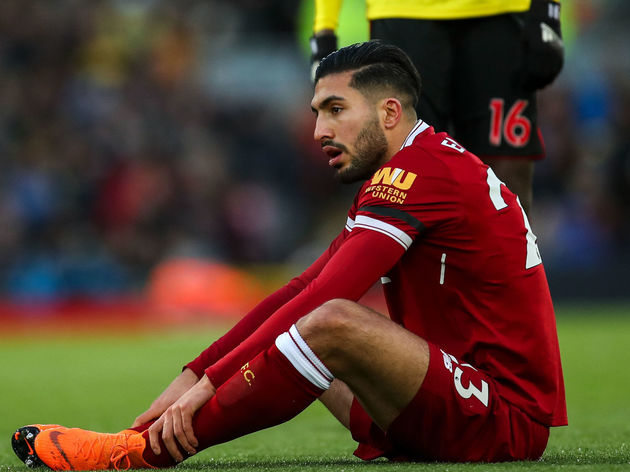 Fast forward to now, and Can is operating in the Bundesliga for Borussia Dortmund - whom he joined earlier this month after failing to establish himself in Turin.

But new information has come to light in regards to his departure from Liverpool, courtesy of The Athletic's James Pearce. In the midst of a debate on Twitter, he revealed that Can's insistence of a release clause being written into his contract was a key factor in negotiations between the two parties collapsing.

He continued by stating that Liverpool weren't devastated at failing to come to an agreement, as they felt their midfield could be more dynamic and mobile if he moved onto pastures new.

The release clause being demanded was certainly why the contract negotiations collapsed. However, also true to say that LFC weren't devastated to lose him. They felt that midfield would be more dynamic/mobile without him and they've been proved right.

To replace him, manager Jurgen Klopp splashed the cash - bringing in Fabinho from Monaco in a deal worth around £40m. After a slow start, the Brazilian has been a revelation on Merseyside and has played a key role in Liverpool's all conquering Premier League campaign.

The Reds are 22 points clear of nearest challengers Manchester City, and are yet to taste defeat in the league this season. The club's only defeats have come in the Champions League group stages - against Napoli - and in the Carabao Cup quarter-final - against Aston Villa - when Klopp opted to send Neil Critchley's Under-23s into battle due to fixture congestion.

Can, meanwhile, has found things a lot more difficult this season. Unable to break into Maurizio Sarri's side this season, he made just eight appearances for La Vecchia Signora - as he struggled to dislodge a midfield containing Miralem Pjanic, Sami Khedira and Blaise Matuidi among others. In order to find regular football, and give him a chance of making Germany's squad for the European Championships, he opted to leave Turin to return to the Bundesliga with Borussia Dortmund.

It's too early to say whether Can will force his way back into Joachim Low's plans, but early indications suggest he has settled quickly - scoring on his first start in the league for BVB, albeit in a 4-3 defeat to former club Bayer Leverkusen.