A Year of Coutinho: Why Footballs Third Most Expensive Player Is Facing Barcelona Oblivion

Barcelona's transfer policy looks weird as hell. Breaking the €100m barrier not once but twice in the last 18 months, then signing Kevin-Prince Boateng on loan this January because €15m for Cristhian Stuani was just too much. Spending €41m on Malcom to prove a point this summer, then loaning the astonishingly average And that's the rub. It is an implicit admission of weakness, because Barça are weaker in the market than probably five English clubs as things stand. They have the status, but the sheer financial power of the ​Premier League means that Spanish clubs have to pick and choose when to go all out for players, and when to cut costs and go for the bargain options.

That's why Philippe Coutinho's abject failure to live up to his price tag is such a problem at the Camp Nou right now.

​Barça made Coutinho the third most expensive footballer of all time a year ago, with the club internally delighted to have secured their man. The man, they insisted, who could replace Andres Iniesta – in position if not in totality – in the club's midfield.

The fact that anybody at the club saw Coutinho as an Iniesta fill-in begs the question, had anyone watched him play football for Liverpool? Had anyone seen him drift across the top of the box, 25-30 yards out, and fire off long range shots all game? Had they seen him pick the wrong option, for a pass or a run, time and again in the direct inverse of Iniesta's game? 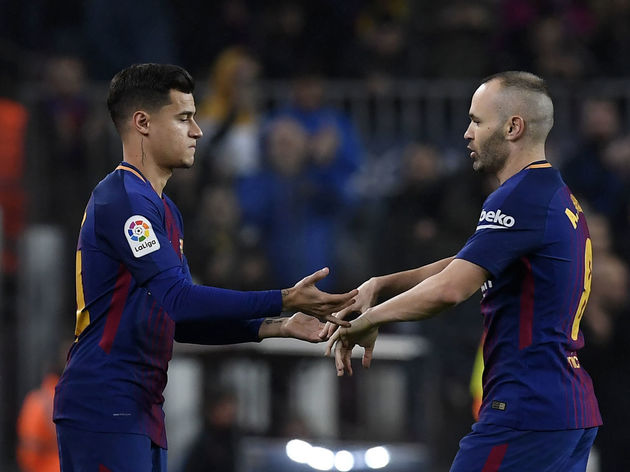 No matter – they splashed out, they went all in, and they brought Coutinho to the Camp Nou. It could still have worked...and yet.

The most interesting contrast for the Brazilian is the other player Barça spent over €100m on last season, ​Ousmane Dembele. Injury meant that he started his career at the club slowly, and Valverde's attempt to control games by dropping a forward back into midfield and playing near-diamond 4-4-2 left Dembele without a place in the formation in a number of games. But he forced his way in; made himself decisive.

A brilliant opener against Spurs gave Barça control in the game. A late goal won the Spanish Super Cup against Sevilla. A tight 1-0 win over Real Valladolid, Dembele was there again. A second-half winner at Anoeta, an equaliser at Rayo, an injury time leveller against ​Atleti. All within this season – Dembele has made the difference time and again when Valverde has needed him, and made himself irresistible.

Coutinho has done none of that. Of his goals and assists this season, only twice – in a 4-2 win over ​Spurs and a 1-1 draw with Inter – has he had a direct impact on the result. Of players with at least five league starts, he ranks just 10th in pass completion, and 11th in passes per game. He isn't decisive in direct or indirect impact. Now that the spotlight isn't on him as it was at Anfield, he's lost in the dark, stumbling and stubbing his toe on the doorframe as he searches desperately for his role.

He has ranked third in shots per game though. Some things don't change. Real Madrid TV's Phil Kitromilides pointed out this week that part of Coutinho's systematic issue ties into the role of ​Lionel Messi, nominally Barça's right-sided attacker but more practically a floating number 10 who lives in the centre of the pitch. With the Argentine occupying the centre of the pitch and linking with Luis Suarez, this leaves Coutinho no space to drift or cut into. The idea that there is no place for Coutinho in Barcelona's team isn't just a figure of speech – there is literally no physical space for him on the pitch unless he changes his game completely.

At another time, he might have more time to bed in and to find a role. As things stand, Barcelona are – despite their relative dominance in La Liga – still in a period of regeneration, certainly in midfield. Sergio Busquets can only play every game for so much longer, and the arrivals of Frenkie de Jong, Arthur and (likely) Adrien Rabiot mean a personnel churn.

Then comes the question of money. From Neymar's sale to PSG onward, Barça are €160m in the red for transfers over the last 18 months, including deals already agreed for next summer. Even for them, the best team in Spain, that's unsustainable. Players need to leave, and at least one of the outgoings needs to be a significant one.

The talk of Paris Saint-Germain wanting to 'steal' a Barcelona player as revenge for the Catalans beating them to De Jong isn't just bluster, the Parisians put real stock in how the transfer market reflects on their status as a club – and if Barça take Adrien Rabiot, the situation will reach boiling point. Coutinho is the kind of big market player that 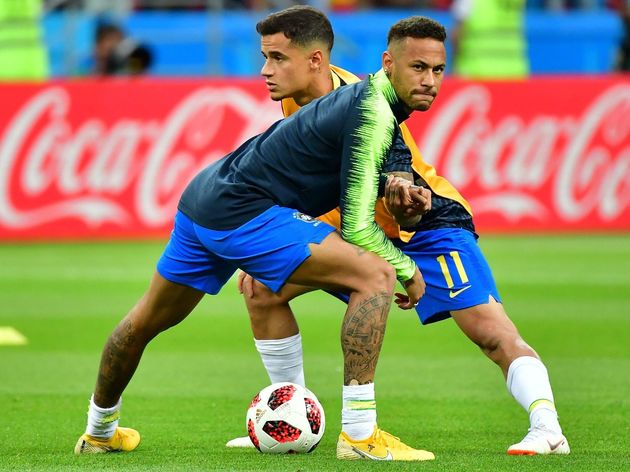