​Liverpool's Adam Lallana is set to remain at Anfield this month with the club refusing to let the midfielder leave on loan despite interest from Fenerbahce.

The 30-year-old has made just eight appearances in all competitions this season, following persistent issues with a groin strain, with recent reports linking him with a temporary departure this month in search of regular game time.

According to ​Sky Sports however, Lallana is set to remain at ​Liverpool during this month's transfer window, with Jurgen Klopp looking to integrate the 2016 England Player of the Year back into the fold for the second half of the campaign.

BREAKING: Sky sources: @LFC’s Adam Lallana will not be sent out on loan in this transfer window. #SSN pic.twitter.com/NLOinwYnyY

News of Liverpool's reluctance to let ​Lallana leave will come as a blow to many sides this window, none more so than Fenerbahce, as Fotomac, via ​The Express, had reported the Turkish side would be willing to take the midfielder on loan for the rest of the season.

Fenerbahce currently find themselves in 17th place in the Turkish Super Lig, as they had hoped to add Lallana to their ranks and ease fears of relegation this season, although the former Southampton man looks set to remain on Merseyside until the end of this season. 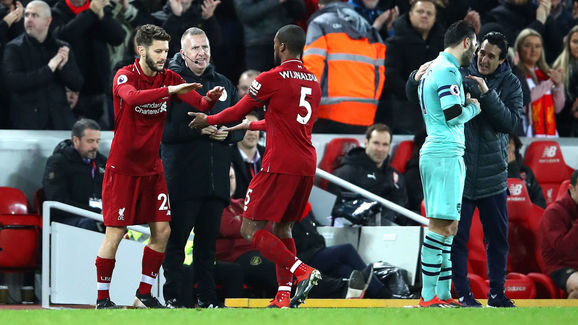 Lallana, who has an option to extend his deal at the club by a further year when it expires in 2020, could be a useful squad player for the current ​Premier League leaders, whose next game is in the FA Cup third round against Wolves, as well as a Champions League last 16 tie against Bayern Munich to look forward to.