​Liverpool goalkeeper Adrian has revealed he is hopeful of featuring in his side's clash with Southampton on Saturday, despite picking up a freak ankle injury against Chelsea.

After saving the crucial penalty in the Super Cup final against the Blues, Adrian began celebrating with his teammates. A supporter rushed onto the pitch to join in with the festivities, but ended up slipping over and colliding with Adrian - leaving Jurgen Klopp ​fearing he could join Alisson on the treatment table.

However, speaking to ​Liverpool's ​official website, Adrian insisted that he is recovering well from the incident and is hopeful of retaining his place in the team on Saturday.

He said: I think he slipped in front of us and also the security with him and made him tackle me from the side. It was a bit of a strange situation but I feel much better today and I hope I'm ready for [Saturday].

"I think I have many chances [to play against ​Southampton]. 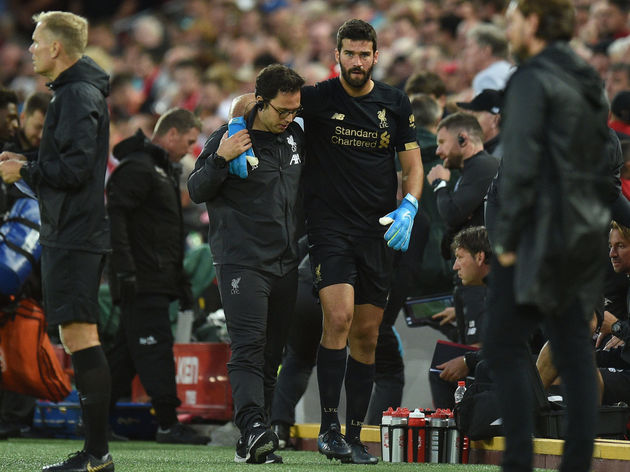 35-year-old Andy Lonergan has been drafted in as emergency cover for the Reds, and he could be in line for his first start for Liverpool if Adrian cannot recover in time.