​The last 16 stage of the 2019 Africa Cup of Nations got underway on Friday and the drama continued as Benin claimed a famous penalty-shootout victory over Morocco to reach the quarter-finals for the first time in their history.

Elsewhere, Senegal scraped past Uganda with a 1-0 win to progress to the next stage, as they hope to make it to the final four of the competition for the first time since 2002.

Check out 90min's review of both games below: Having qualified from the group stages of the competition for the first time in their history, Benin were unfancied against a Morocco side which boast a number of top class players.

Nevertheless, the underdogs remained solid throughout the first half and took a surprise lead when Moise Adilehou volleyed in from a corner shortly after the restart.

In response, Morocco piled on the pressure and this finally told when they capitalised on a defensive error, allowing Youssef En-Nesyri to slot home an equaliser. They were then gifted a penalty in the dying seconds, only for Ajax's Hakim Ziyech, wanted by most major European clubs, to strike the post - forcing the game into extra-time.

Despite receiving a red card seven minutes in, Benin held on in extra time as Ziyech missed another glorious opportunity in what transpired to be a night to forget. On penalties, The Squirrels were as clinical as Morocco were wasteful and, following a 4-1 shootout victory, Benin go through to the final eight following a classic encounter. 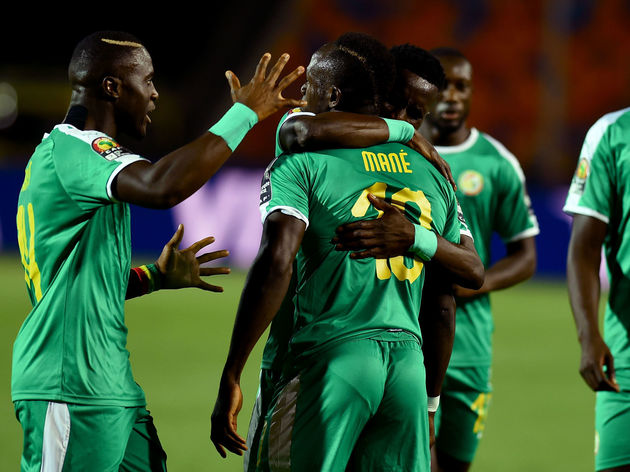 ​Friday's late game couldn't produce the same drama, but did see one moment of real quality from ​Liverpool's ​Sadio Mane. He scored the only goal of the game on 15 minutes, after being slipped through on goal - calmly slotting past the opposition keeper.

Uganda had a few half-chances but rarely threatened Alfred Gomis in the Sengalese goal. The Lions of Teranga had the opportunity to wrap up the win on the hour mark after Mane was brought down in the penalty box. However, Liverpool's prized asset was unable to put the icing on the cake and saw his effort from 12 yards saved by Denis Onyango.

Uganda came close with a long-range free-kick later on, but failed to create anything more meaningful in front of goal. Senegal will be delighted to have come out on top in a game of few chances, and will be confident ahead of Wednesday's clash with Benin.