​Liverpool full back Alberto Moreno has a litany of clubs interested in his services, with his contract at Anfield set to expire in the summer.

While there has been much talk of a return to La Liga and his former club Sevilla, the left back has also 'several offers' from the Premier League and Serie A, as well as 'dizzy' packages on the table from Russia and Turkey according to Seville-based Spanish outlet ​Estadio Deportivo (ED).

The 26-year-old defender has made just two ​Premier League appearances in 2018/19, with Andy Robertson long since established as Jurgen Klopp's preferred left back. ​ED's report claims that the fact that Moreno started the FA Cup defeat to Wolves does not change anything for the Spaniard, with his intention to leave ​Liverpool when his current contract comes to an end this summer.

Sevilla remains the player's first-choice destination, but, while he is allowed to negotiate with foreign clubs, nothing is at an 'advanced stage' due to issues regarding his signing bonus.

As a result, Moreno is apparently considering all offers, with his priority to find a 'good place for his family' while giving himself the best opportunity to get the kind of game time he has sorely lacked at Liverpool and even earn the attentions of Spain national team manager Luis Enrique. 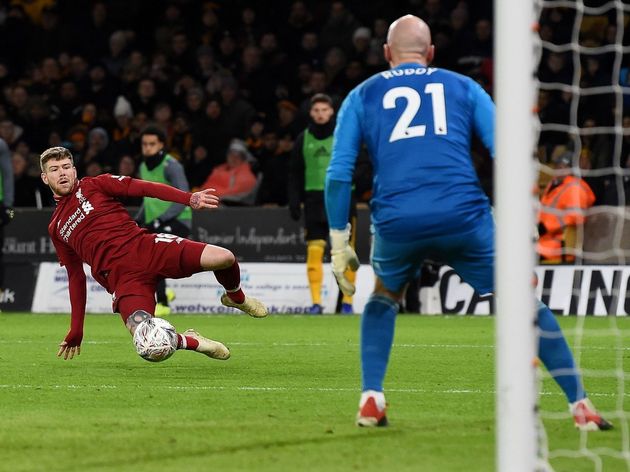 The four-cap Spain international last played for La Roja in 2017.

ED's report makes no specific mention of the several Premier League clubs supposedly keen on Moreno, nor those from Russia or Turkey.

"I do not feel good, that is the truth," Moreno ​said last month, regarding his position at Liverpool. "I hurt myself giving everything for this team and I think that when I came back from injury, I deserved an opportunity.

"The situation is normal for a lot of players but simply I did not like the way [Klopp] has treated me, you can say that.

Wait. Who made Alberto Moreno retire on Wikipedia 藍 pic.twitter.com/F075jBaciv

"Moving back to Spain is something I have thought about, I am tired of the cold here but I do not know about interests from other clubs. I am in my fifth year here, there is no agreement on a renewal and in January I am free to listen to any offer."

Moreno moved to Liverpool in 2014 after winning the Europa League with Sevilla, signing at Anfield for a reported €18m.