Alex Oxlade-Chamberlain: How His Subtle Maturity Could Enhance Liverpools Midfield

After a solid year of speculation about his return and what it could mean for Jurgen Klopp's selection options, the burned-out platitudes and romanticisms about how Alex Oxlade-Chamberlain will be 'like a new signing' for Liverpool had gone beyond tiring.

After almost 15 months without starting a game, then, it was a resounding relief to see him back in the XI for the victory over Southampton on Saturday.

Having him available is a significant boost to Klopp and the team, but the progress made since his injury set-back against Roma in the ​Champions League semi-finals has been enormous, inadvertently causing some uncertainty about where, or if, he would slot back in. On the sidelines, he watched his team go on to fall short in the final. He then watched them strengthen their midfield options immeasurably in the transfer market and move partially away from the high-octane style that had seen him thrive as a high-pressing midfielder.

He watched his former midfield colleagues in Jordan Henderson and Gini Wijnaldum, previously considered replaceable, play a starring role as they went all the way over the next 12 months, redeeming their prior shortcomings to win the Champions League and come within a whisker of the ​Premier League title. 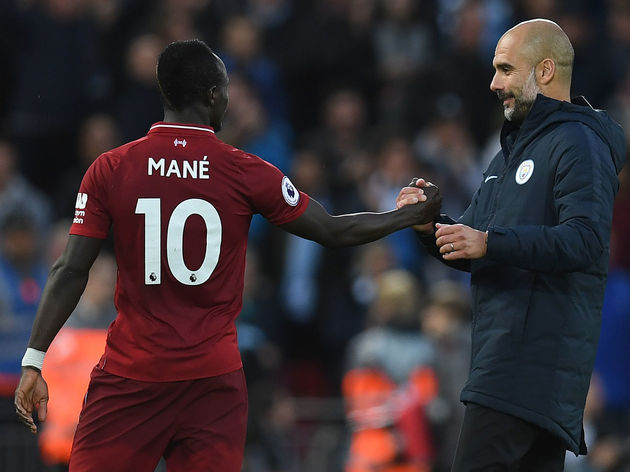 The ​Liverpool team he comes back into, then, is one which is more mature, more accomplished, and stylistically evolved from the one into which he last set foot.

So when he filled in as an auxiliary winger for the Super Cup clash with Chelsea on Tuesday, there was genuine cause for fear that he was no longer trusted as a central midfielder.

But these concerns lasted mere days, as he joined Wijnaldum and James Milner in the midfield three for the trip to Southampton.

Alex Oxlade-Chamberlain starts a competitive game for Liverpool for the first time since suffering his injury against Roma in the Champions League.

With Milner holding at the base of the three and Wijnaldum playing the box-to-box role he has made his own over the last 12 months, watching Oxlade-Chamberlain was intriguing, surprising and encouraging in equal measure.

Though every Liverpool player has to play their part in the high press off the ball and offer an attacking threat when on it, the new system with which Klopp plays requires its midfielders to offer balance, while its wide forwards sit in the inside channels, and the full-backs cascade into the space created by the opposition's consequentially compacting back line.

This was a conscious tactical change, and one that deemed redundant the advanced, gung-ho role in which the Ox had previously thrived.

Yet against ​Southampton, the transition from one system to another was seamless for the former Arsenal man. His performance was tailored to the needs of the updated tactical system, as he sat relatively wide on the right, allowing Salah to take off inside while covering the space occupied by Alexander-Arnold's frequent drives down the flank - especially notable considering how exposed the youngster had been against Norwich a week previous.

Henderson on for Oxlade-Chamberlain, who has had a far better game than in midweek. Looks so much more comfortable in midfield.

The majority of Liverpool's attacks incidentally went down the opposite flank, with Sadio Mane scoring one goal and creating the other, but this was facilitated by the balance on the right, allowing both Milner and Wijnaldum to supplement attacks and overload the inexperienced duo of Yan Valery and Jan Bednarek.

Some expected the Ox to be the missing piece in an attacking sense, using his pace and vision to unlock defences in a way none of the other midfielders on Liverpool's books can - Naby Keita perhaps aside.

But while this was a more cautious performance than normal, as he is yet to find the balance between offering adequate defensive cover and using his attacking attributes to their full effect, there were distinct positives about his attacking game.

 Oxlade-Chamberlain: "On a personal level it is great to be back out there & contributing to a good solid performance. That's what you miss. I've had iffy moments along the way, but I have to keep reminding myself it is a long journey back to where I want to be." pic.twitter.com/Uf9vLqualT

In a match which was a long way from one-sided and centred around a packed midfield battle, Ox wasn't dispossessed once, and managed a pass completion percentage of 89.5% - a better rate than any other Liverpool player has managed in the early stages of the season so far.

The competition for places in the Reds' midfield is immense, with Wijnaldum, Milner, Henderson, Keita and Fabinho all likely to be staking genuine claim for starts. With that in mind, Oxlade-Chamberlain may not be outright first choice just yet, and still has a lot to prove.

If he can avoid another horror injury and build on the steady performance he put in on Saturday, however - perhaps with a little more of his trademark attacking verve thrown in for good measure - then he will offer an intelligent, tactically solid option that brings out the best in the players around him. And if that is the role he is to play for the season ahead, then it may not be what was expected when he signed two seasons ago, but it will be worth every penny of that £35m.