​Liverpool goalkeeper Alisson has explained why he's still turning up at the club's training ground despite players being sent home amid coronavirus fears.

The Liverpool squad are currently in self-isolation and aren't set to report back to the training ground until the start of April, a measure that the majority of Premier League clubs have now taken. Instead, they have been given individual programmes to follow at home, as they aim to maintain fitness ahead of the return to action when it is deemed safe later this year.

The Brazilian shot-stopper, however, is just one of four Liverpool players who are still travelling to and from Melwood. Xherdan Shaqiri, Nathaniel Clyne and youngster Yasser Larouci are also undergoing rehabilitation at the training ground for their respective injuries.

Alisson suffered a hip injury in training ahead of his side's defeat in the FA Cup to Chelsea, meaning he missed Liverpool's all-important second leg in the round of 16 of the Champions League against Atletico - with his absence proving costly as the Reds crashed out in a 4-2 aggregate defeat.

Nevertheless, he detailed as to why he's still turning up at Melwood in a video on Instagram through Triple Comunicacao, translated by Sport Witness: “The club’s plan is that everyone stays at home. In my case, it’s a little bit different because I have an injury. “Thank goodness, it wasn’t a very serious injury. But every injury needs care and I have continued treatment at the training ground.

“I don’t have any contact with my team-mates, as everyone is at their homes.

“The only contact I have is with the physio and the goalkeeping coach doing some specific rehabilitation work.

“Besides them, I have no contact with anyone else. 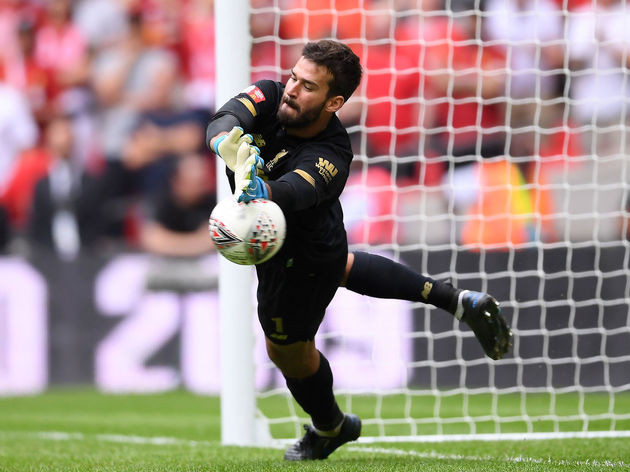 “My routine is very defined. I leave the house, go to the training ground, finish treatment, come home and stay at home in this moment of self-isolation.”

With his hip injury not believed to be serious, there's little doubting that the former Roma man will be between the sticks whenever Premier League action returns.