​Liverpool goalkeeper coach John Achterberg has confirmed that Alisson Becker is making good progress on his return to fitness after a calf injury forced him out of the Reds’ opening game of the Premier League season a fortnight ago.

Alisson pulled up inside the first half of the game against Norwich and was replaced by understudy stopper Adrian, who had only joined the club as a free agent in the days before. 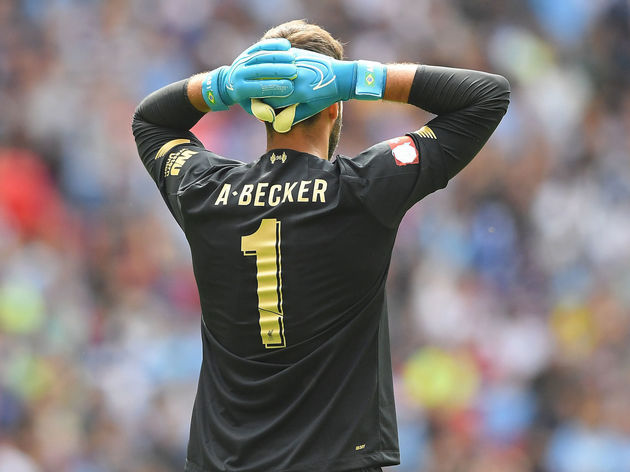 Adrian has since been a hero and a villain for Liverpool, helping the club win the UEFA Super Cup on penalties against Chelsea, but then gifting a goal against Southampton in the Premier League.

An injury concern over the Spaniard after a fan ran onto the pitch during the Super Cup celebration and collided with him even led Liverpool to sign veteran free agent Andy Lonergan as extra cover.

As far as Alisson’s recovery is concerned, Achterberg is positive. There is not yet a specific time frame for his return, but he won’t be back before the September international break.

“He’s in every day for treatment and they try to improve things. He’s able to do some fitness work in the gym without using his leg. It’s difficult, but you have to try to look forward and be positive. You have to try to turn a negative into a positive.

“They haven’t given us a specific time he’ll be out as it’s difficult to say how quickly it will heal. That’s all with the medics. There’s an international break coming up and we’ll have to wait and see how long it takes after that.” 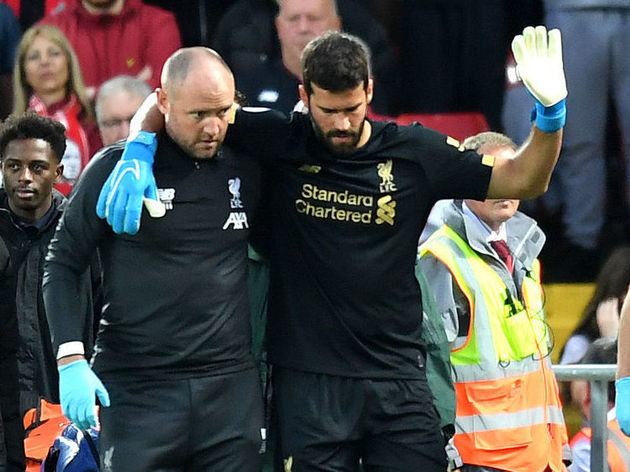 Achterberg admitted that the Brazilian’s injury caught everyone by surprise. He said that Alisson had felt ‘fine’ prior to kick-off and the training workload had been no different in the build-up.

The 26-year-old even returned from summer ‘in much better shape than last year’, making his injury all the more bizarre and frustrating – a freak moment and seemingly nothing more.