A defender hasn't won the PFA Players' Player of the Year award since John Terry in 2004/05. It was 1988/89 when Steve Nicol became the last defender to win the FWA Footballer of the Year prize, and 10 years ago when Nemanja Vidic picked up Premier League Player of the Season.

"If the season ended tonight, I would give him it personally," Robertson said of Van Dijk's chances, as quoted by the Daily Mail.

"The attacking players are usually in the running because they take all the goals and the headlines but this season Virgil has been fantastic and he's getting all the plaudits that he deserved. 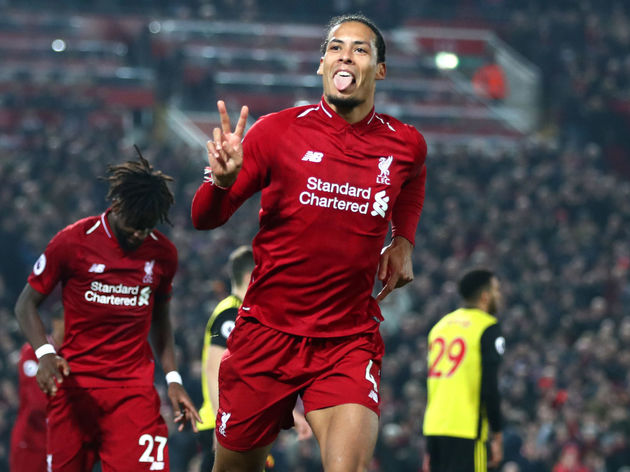 Liverpool spent a world record £75m to buy Van Dijk from Southampton halfway through last season. The fee raised eyebrows at the time, but Liverpool appear to be getting their money's worth given the way the Dutchman has dramatically improved a previously suspect defence.

"He makes my life easier, that's for sure. To have him next to me it makes everything so much easier. When somebody is running at you and you know Virgil is inside - he's rarely out of position, if ever," Robertson continued.

"For me, he's the best centre-back just now in the world. That's the way he's playing and the confidence he's got - and he's still young enough that he can get even better." Van Dijk won Premier League Player of the Month for December earlier this season, becoming the first defender to win the monthly accolade since Jan Vertonghen in March 2013.