The Uruguayan played at Anfield for four years and became a hero with Reds fans after scoring 82 goals in 133 games.

Despite joining Barcelona in 2014, he still keeps a close eye on Liverpool's results and says he hopes they win the Premier League this season. 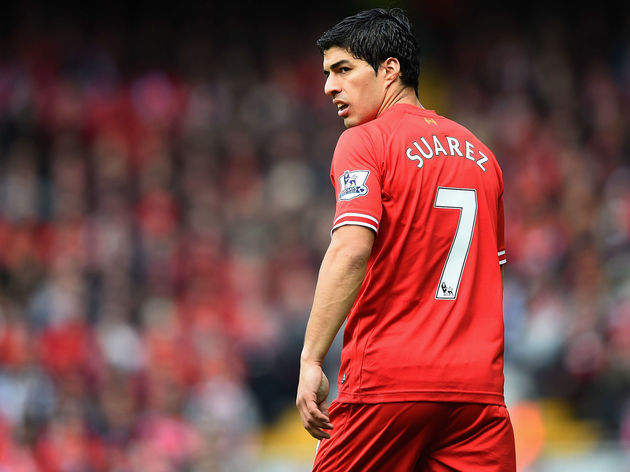 While his Liverpool side came very close to winning the Premier League, eventually finishing second in 2013/14, Suarez believes his former team have a great chance of going one place further this year and securing the title for the first time since 1990.

“The team plays terrific football and I am very interested in how they will do this year. I think we can still be prepared for a lot."

While the prospect of playing under Klopp excites Suarez, he admits he does not see it happening any time soon.

He continued: “Currently we work for two different clubs, so that's not an issue for me at the moment. Jurgen Klopp Suarez turns 32 on Thursday and has scored 15 goals this season. ​Barcelona are currently five points clear in La Liga and face Sevilla in the Copa del Rey on Wednesday night.