Following the draw on Monday morning, Bayern Munich defender Mats Hummels was quick to send a message out to his former boss, under whom he won two league titles in Germany

​Hummels and Jurgen Klopp were on the same side in the 2013 Champions League final, but in two months time they will go head to head as Bayern Munich face Liverpool in the last 16 of this year's edition.

​Clearly excited by the prospect of doing battle with his old colleague, Hummels simply tweeted: "I [see] you my former coach."

Since leaving Borussia Dortmund, Hummels has won back-to-back league titles with Bayern Munich, but is yet to play in a Champions League final in his new colours.

Klopp, on the other hand, has now reached the Champions League final with two different clubs, after taking ​Liverpool there last season. 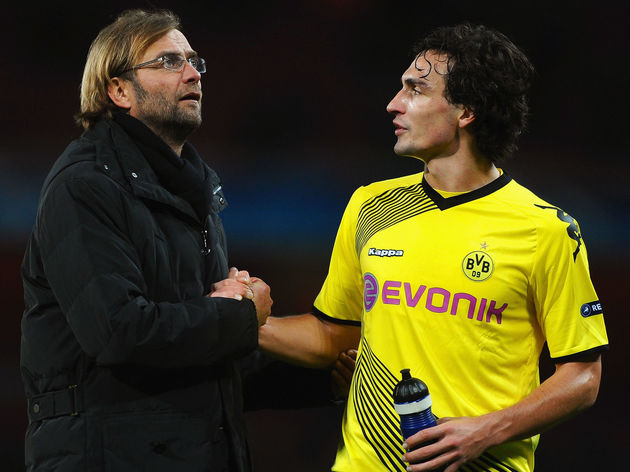 However, it will be the job of Hummels and his Bayern team mates to ensure Klopp does not repeat the feat as the sides do battle in one of the stand-out ties of the round.

Despite their recent domestic troubles, ​Bayern have been impressive in Europe this year and remain one of five unbeaten teams left in the tournament. Meanwhile, Liverpool's passage into the knockout phase was not so emphatic as they finished the group level on points with Napoli, but edged through on account of their superior goal tally.

Bayern have not won the Champions League since 2013, when they overcame Klopp's Borussia Dortmund side. If the German giants can repeat the feat and knock out another Klopp team, they will go into the quarter-finals as one of the favourites to lift the trophy.

However, beating last year's finalists over two legs is no mean feat, as several world-class teams found out last term, and Hummels will have to put sentiment to one side as Bayern attempt to dump a Klopp side out of Europe once again.