Representatives of Sporting CP star Bruno Fernandes will travel to England in the coming days for talks over the future of their client with three Premier League clubs, according to a report in Portugal.

24-year-old Fernandes is one of the hottest properties on the summer transfer market, following a ​standout season in Portugal in which he scored 32 times and provided 18 assists in all competitions.

On a team level, the midfielder won both the Taça de Portugal and Taça da Liga (Portugal's FA and League Cup equivalents) with Sporting CP and lifted the inaugural Nations League for his country on home soil. Inevitably, most of the ​Premier League's have been linked with a summer move for the rising star, with ​Manchester United providing most of the fodder for transfer column inches.

While a report from England claimed that ​United are now the outright favourites for Fernandes due to a lack of interest elsewhere, the latest from Portugal claims that the player's representatives are to travel to the UK for talks with three clubs.

A Bola, via ​Sapo Desporto, say that 'top executives' of the company representing Fernandes will meet with ​Spurs, ​Liverpool and United to hear out their proposals.

They add that the agents will not return to Sporting CP with 'concrete offers' but rather a dossier of information for the club bosses. 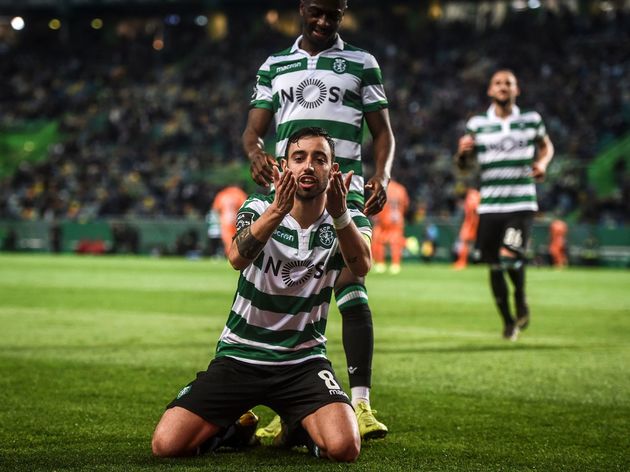 A sticking point seems to be in Sporting's valuation of Fernandes. The Lisbon club want to hold out for at least €60m (£53m) - a figure the English suitors are reluctant to stump up.

Meanwhile, Correio da Manhā (via ​SportWitness) claim that Sporting, in fact, want €70m for their star man but the agents are coming back with offers around €50m, suggesting negotiations are still in a fairly primitive stage.

That report adds that while Sporting CP do need the money, they are reluctant to sell on the cheap after rivals Benfica got €120m for Joao Felix.

Even if Pogba stays, Solskjær wants another midfielder after Longstaff. Bruno Fernandes is thought to be his preference. #mufc have also looked at Saul Niguez #mulive [telegraph]

As far as the credibility of the Premier League's trio's interest goes, United seem far and away the most likely option as they look to continue their rebuild with young, exciting players who will be allured by United's reputation but not deterred by a lack of Champions League football.

Spurs capture of Tanguy Ndombele may negate the need for another big-money midfield addition unless Christian Eriksen leaves, while Liverpool's chances of splashing the cash this year are remote.