Adding to his growing list of accolades, Liverpool superstar Virgil van Dijk is now officially the fastest player in Europe beating out the likes of ​Gareth Bale, ​Kylian Mbappe and Leroy Sane to clock the fastest speed in the Champions League this season.

Van Dijk - even ahead of his own Sonic-fast team-mates ​Mohamed Salah and ​Sadio Mane -recorded a top speed of 34.5km per hour during Liverpool's semi-final first leg against Barcelona at Camp Nou, as noted in UEFA's UCL Final Programme 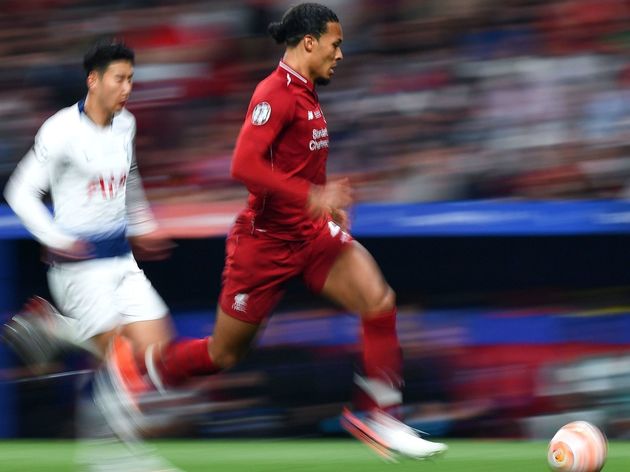 The figure was recorded (amazingly) in the 92nd minute of the tie against ​Barça, following a Liverpool corner.

The hosts launched a quick counter-attack in search for a fourth goal, yet van Dijk sprinted from Barcelona's box across the length of the pitch to catch up with play in the Liverpool box at the other end. With what happened at Anfield in the second leg, Van Dijk's herculean actions may well have been the difference between Liverpool making the final or going out in a blaze of glory.

The Rolls-Royce centre-back has been a revelation for Liverpool, proving instrumental in their Champions League triumph, and their strong pursuit of ​Manchester City in the title race. His composure is often lauded, as is his commanding physical presence. Yet with the release of these results maybe we will see recognition of his wonderful pace too. Van Dijk's sprint beat out City winger Sane's fastest by just 0.1km per hour according to the data. Below is the full list of the five fastest players in the Champions League 2018/19: