​Milan representatives have met with the agent of Dejan Lovren, with the Liverpool defender eager to move on for a new challenge this summer.

The 29-year-old, who has been with Liverpool since 2014, found himself on the bench towards the end of last season and did not feature in the Champions League final victory over Tottenham Hotspur. 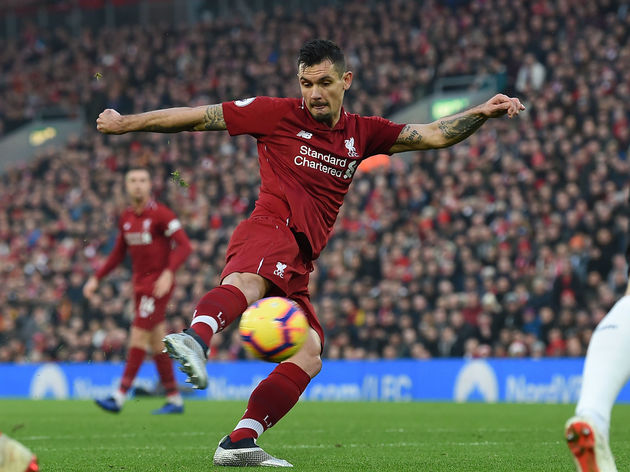 However, after adding a winner's medal to his collection, ​Calciomercato claim that ​Lovren is ready for a change of scenery this summer, with ​Milan likely to involve themselves in the discussion.

I Rossoneri met with Lovren's agent on Monday to try strike a deal, as they are in desperate need of defensive reinforcements. Cristian Zapata has left the club, whilst Mattia Caldara is dealing with a serious knee injury, leaving Milan with just Alessio Romagnoli and Mateo Mussachio.

As such, they are eager to add a new centre-back, and they see Lovren as the perfect solution. He is said to be available for around €25m, and there is a real belief that this deal can be done. However Lovren's wages could prove to be a problem, with Milan unable to reach an agreement with the Croatian's agent when they met. He earns around £5.2m per year at Anfield, but Milan will likely do all they can to try to find a way of spreading such a cost over a number of years.

Last season he made just 18 appearances for Jurgen Klopp's side as he struggled with injury, but was often left on the bench when fit anyway. Joel Matip lined up alongside Virgil van Dijk for the majority of the season, whilst young Joe Gomez will likely be pushing for first-team minutes next season as well, meaning Lovren's chances of playing may drop. However, ​Liverpool will be in no rush to part ways with Lovren, who is under contract until the summer of 2021. They do not have many recognised centre-backs - a problem which saw Klopp play ​Fabinho in defence last season - although the ​arrival of exciting youngster Sepp van den Berg may help alleviate these concerns.