Derby County star Harry Wilson wants to return to Liverpool next season and replicate the successes of friends Trent Alexander-Arnold and Joe Gomez at Anfield. "I sat down with Jurgen Klopp at Melwood in the summer and we both agreed after doing well at Hull last season it would be good to be on loan again and playing regularly," said the youngster, who made his Wales international debut at just 16 years of age.

"There were plenty of clubs wanting me but as soon as my agent Lee Robinson told me Derby were interested I had a good feeling. We are doing well and hopefully we'll push for promotion.

"To to be learning from a legend like Frank Lampard is fantastic. I'm soaking up everything he's telling me. It's going really well," added the Welshman, as quoted by the ​Express. 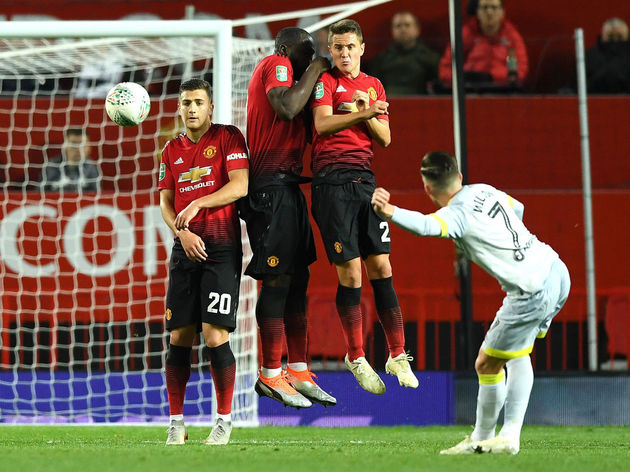 Wilson proved the big stage is something he flourishes in with a stunning free-kick that helped knock ​Manchester United out of the EFL Cup in September. ​Rams,

Wrexham born Wilson is close friends with Ale​xander-Arnold and Gomez, and now he is desperate to be given a shot of emulating their achievements at the Anfield club.

"That's the aim. I'll be looking at Trent and Joe today hoping I'm playing with them next season. It's nice to see young lads doing well but when it's your mates you have grown up and played with it makes it even better," said Wilson when asked about his ​Liverpool colleagues.

Another MOTM performance from this man... @HarryWilson_ has scored more goals from outside the penalty area (5) than any other player in the Championship this season!  pic.twitter.com/WzmVVyuluX

"Trent had an amazing year last year playing in so many games and then a Champions League final before going to the World Cup.

"And if Joe hadn't been injured towards the end of the season he would have done the same I'm sure. It's great to see them doing so well.

Should Wilson choose to remain with Liverpool next season, there are plenty ahead of the Welshman, who is likely to be a utility player playing second fiddle to the likes of ​M​ohamed Salah, ​Roberto Firmino and ​Sadio Mane.

5 of Harry Wilson’s 6 goals for club & country this season have been from outside the box, including 4 free-kicks pic.twitter.com/DP5BNcGHF1

"When you look at the attacking talent at Liverpool it's awesome but you've got to be confident in your ability otherwise you have no chance," said the 21-year-old.

"It's always going to be difficult to break in to a team with big stars like Mo Salah, Roberto Firmino and Sadio Mane. But I trained with those guys for over a year before I went on loan to Hull in January and it raised my game.

"When you get a chance on loan you have to shine so when I do go back I'll be in better shape to impress the manager." Wilson was in fine form yet again for the Rams as his brace, including a 25-yard stunner, secured a 2-0 victory over ​Swansea City. Derby travel to ​Wigan on Saturday - a win potentially lifting them to third in the ​Championship table.