​Manchester City goalkeeper Ederson has revealed he believes his international teammate and Premier League rival Alisson Becker deserves the Best FIFA Men's Goalkeeper award, despite both players being in the running for the gong.

Both full Brazil internationals, the Citizens goalkeeper is among one of the finest in the English top flight, but often loses his place in the S

"I think the three of us were the best, but I see Alisson one step ahead," he said, via ​Goal. 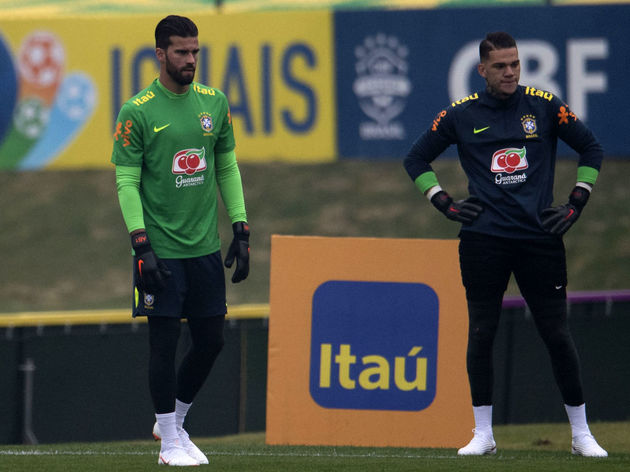 "We all know the great period that Alisson is living. And I'm having a good time too. Of course, these are opportunities," the former Benfica keeper added.

"As a player you must be prepared for everything. I train as if I am always playing, which makes it easier for me to be used.